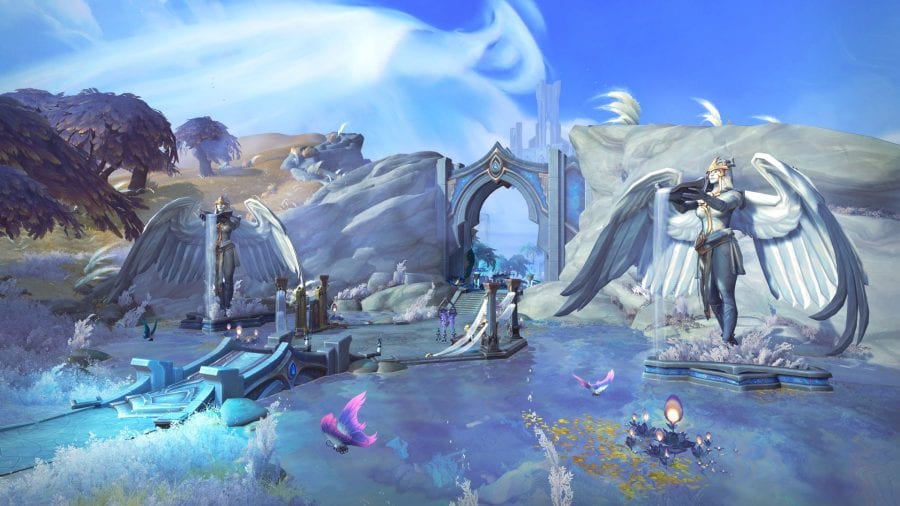 World of Warcraft is set to receive a fresh new expansion in the form of Shadowlands, and BLizzard Entertainment has released a slew of reveals and promotional material to tide fans over until it launches.

During the Gamescom Opening Night Live digital event held on Aug. 27, Blizzard revealed two new videos tied to the expansion. The first is an animated short setting up the story of the expansion, giving some backstory as to what the Shadowlands entail and what has led to the story taking place in the expansion.

Following a betrayal by a student, a man named Bastion is given a chance at revenge by heavenly beings known as Paladins. He accepts, tracking down his traitorous student and casting him into the Shadowlands; all without realizing that he’s carrying out the deeds of a Paladin that may have her own ends she’s pursuing.

More videos in the same vein are set to be released in the coming weeks, and will play into a larger Afterlives series.

The second video is a trailer of the Shadowlands’ expansion in action. Characters clash with new enemies in dark and dilapidated environments, while a darker force lurks just out of view. The footage culminates in the reveal that the expansion is set to release on Oct. 27, giving fans only a few more months that they’ll need to wait to experience the fresh new content.

Both videos give plenty of insight into what the expansion has in store, and set the tone of the story that will unfold in the coming months. Fans will want to check each out down below as soon as possible.

World of Warcraft: Shadowlands is set to release on PC on Oct. 27. For more on the game, check out our coverage of its upcoming animated videos.