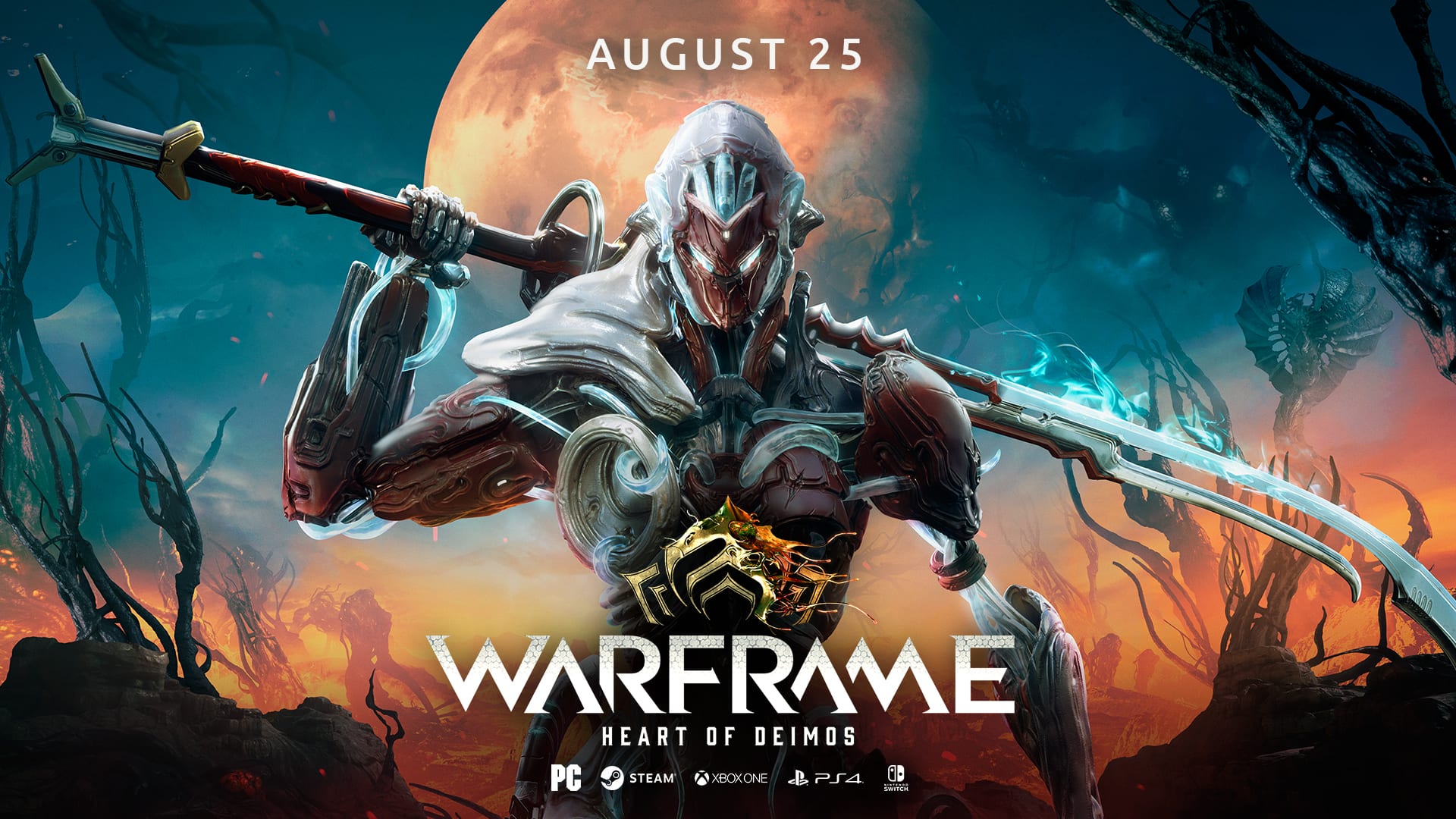 Today, during the celebrations for Tennocon 2020, Digital Extremes showcased the upcoming Warframe expansion Heart of Deimos.

Heart of Deimos will be the third open world added to the game and will be released on August 25 on PS4, Xbox One, Nintendo Switch, and PC.

This is the first time a Warframe expansion is released at the same time on all of its platforms.

Heart of Deimos will bring players to the main hive of the Infested faction, which is a place as beautiful as it is grotesque due to its organic environments.

You can check out a recording of the livestream below alongside a trailer featuring the Hydroid Prime and one showcasing a beautiful figure portraying Lotus.

Warframe is currently available for PS4, Xbox One, Switch, and PC, and it recently celebrated its 7th anniversary.

If you’re unfamiliar with the game, below you can catch an official description.

CHOOSE YOUR WARFRAME
With more than 30 Warframes, each fully customizable with their own unique abilities, you can create the perfect Warframe for you.

ASSEMBLE YOUR ARSENAL
Katanas. Crossbows. Flamethrowers. Expand your Arsenal with more than 300 diverse Weapons, then modify each one to match your playstyle.

EXPERIENCE FAST-PACED COMBAT
Slice and dice through hordes of enemies, or go in guns blazing, or sneak your way in — the choice is yours.

A SOLAR SYSTEM IN RUIN
In the far-future world of Warframe, grotesque clones and capitalist machines dominate our solar system. Fight back against greed and corruption as you explore 18 worlds filled with techno-organic horrors.

SQUAD UP
You don’t have to work alone. Invite three friends or fight alongside the 38 million strong in our Tenno community.

NINJAS PLAY FREE
Warframe is entirely free-to-play. With no barrier to entry, there’s nothing to stop you and your friends from joining our world. Welcome to the Origin System, Tenno.