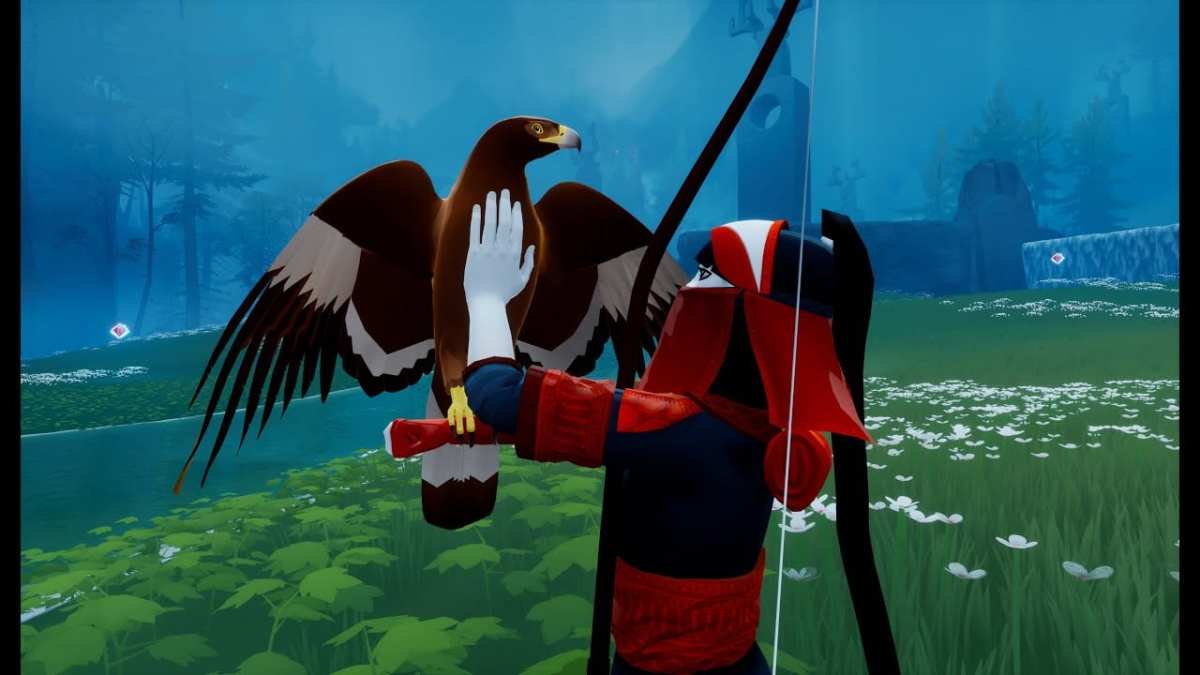 During the third-party focused State of Play today Giant Squid, the team behind Abzu, unveiled a new gameplay trailer for their upcoming game, The Pathless.

The Pathless appears to be quite unique. Its gameplay revolves around archery, however, rather than it being about perfectly lining up shots while aiming down sights, it’s more about timing your free-flowing and fast-paced movement with your attacks. You can see what we mean in the trailer below.

When you’re not shooting things with your bow and arrow, you’re exploring and hunting down powerful beasts that you’ll need to take out to advance in The Pathless.

The Pathless is an open-world game, but there’s no map and instead, you’ll need to use a special mask that will show you where you have, and haven’t been. Verticality and getting a good view of the world from a high vantage point appears to be quite important; it appears like Giant Squid may have been inspired by Breath of the Wild on that aspect.

Finally, the trailer ends with a boss fight that shows off the The Pathless colorful and striking visuals.

The Pathless is coming “later this year” for PS4, PS5 and PC via the Epic Games Store.