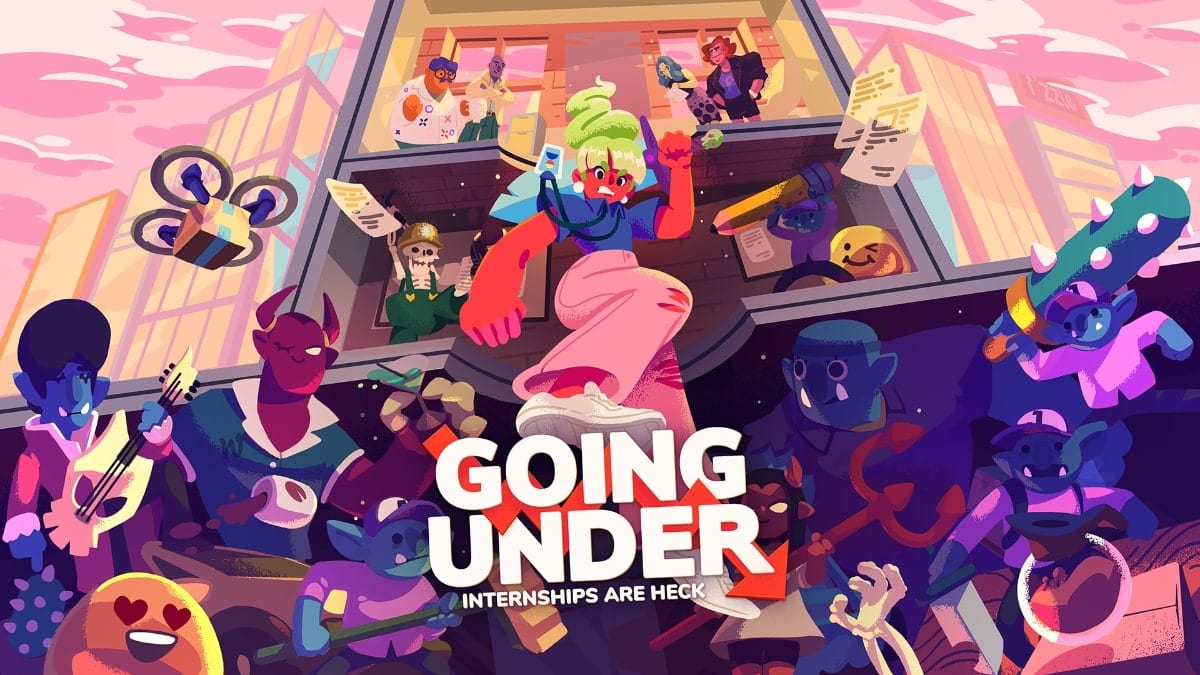 I think it’s safe to say that a lot of us have gone through one or two rough internships in life. Developer Aggro Crab, and publisher Team17 are bringing those unfortunate experiences to life in the form of a bright, chaotic game called Going Under.

Players will be able to start this internship when the game launches on Sept. 24 for PC, Xbox One, PS4, and NIntendo Switch.

Aggro Crab was formed by Nick Kaman and Caelan Pollock, and Going Under was inspired by their college years spent “living in a madhouse of startup bros.”

This game is a satirical take on the many woes that startup companies have to face when trying to, well, start up. More specifically, they took inspiration from what they experienced in their home city of Seattle, WA.

Going Under is a roguelite dungeon crawler that’ll have players exploring the ruins of failed tech startups as an unpaid intern in the dystopian city of Neo-Cascadia.

You’ll be making your way through procedural dungeons found beneath your company’s campus while using various office junk to defend yourself from employees-turned-monsters.

Check out the trailer below to see just how dangerous this unpaid internship can get:

Part of this trailer was shown off during the Nintendo Indie World Showcase that just concluded. Be sure to check out the Nintendo YouTube channel if you’re looking to re-watch the event.