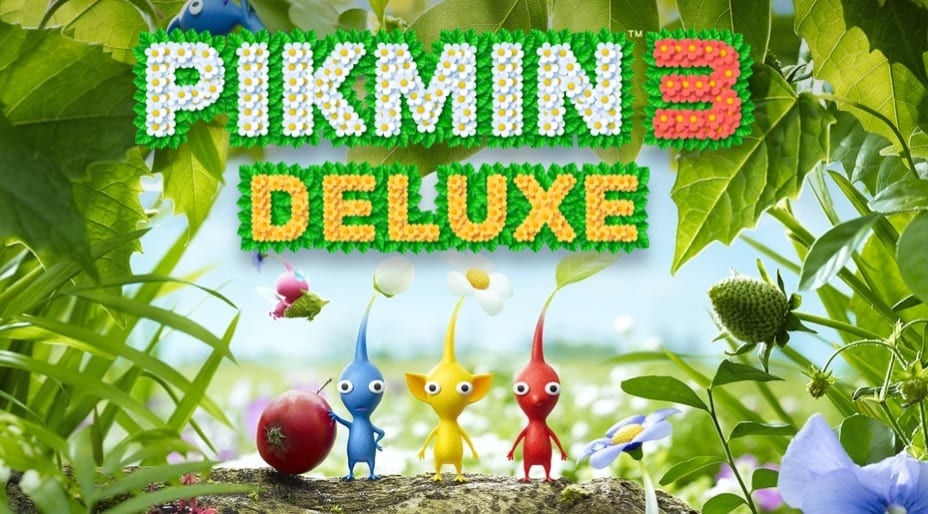 Nintendo has announced this morning that Pikmin 3, which originally released on the Wii U in 2013, will be the next game to receive the “deluxe” treatment. Pikmin 3 Deluxe will be releasing for the Nintendo Switch this October.

The Nintendo of America Twitter account released a trailer along with a description of the game. Players will be able to explore the planet PNF-404 they know and love, but there will be new features in this version of the game as well.

This new deluxe version of the game will feature multiple difficulty modes, new side-story missions featuring the main characters Olimar and Louie, and it will also include all DLC from the original game.

In Pikmin 3, you must take control of three explorers along with an army of Pikmin creatures to fight for survival on a hostile planet. The game involves solving puzzles, battling against enemy predators, and collecting food to survive.

After a crash-landing on planet PNF-404, you can explore environments such as the snow-covered Distant Tundra, the Twilight River, and the Garden of Hope. Each of these areas offers a variety of lifeforms to discover.

There are many different colored Pikmin to encounter, all of which have a variety of abilities to help with the missions. Blue Pikmin are able to breathe underwater, for example, and Winged Pikmin can fly to places you wouldn’t normally be able to reach.

In Pikmin 3 Deluxe, a wide variety of additions are added to the game. For example, you’ll be able to play the entire story mode in co-op mode with a friend. The new side-story missions and DLC stages will also be able to be played co-op.

In addition to new difficulty options, there will be features such as lock-on targeting (since it will no longer be possible to lock on with the Wii U gamepad like in the original version of the game), optional hints, enemy balancing changes, and the ability to play at a more relaxed pace.

Finally, there will be a new feature called the Piklopedia in which you can unlock profile entries for each character to find out their perspectives on all of the creatures you’ve encountered in the game.

This might not be the Pikmin 4 that many of us wanted, but with all of the brand new content, the game will be a nice addition to the Switch.

Pikmin 3 Deluxe will arrive on the Nintendo Switch on Oct. 30 for $59.99. Pre-purchasing the game on the Nintendo eShop is available now. You can visit the official Nintendo website to learn more about the game.

You can watch the full announcement trailer for Pikmin 3 Deluxe below.

Inkulinati Demo Preview – Come for the Concept, Stay for the Strategy