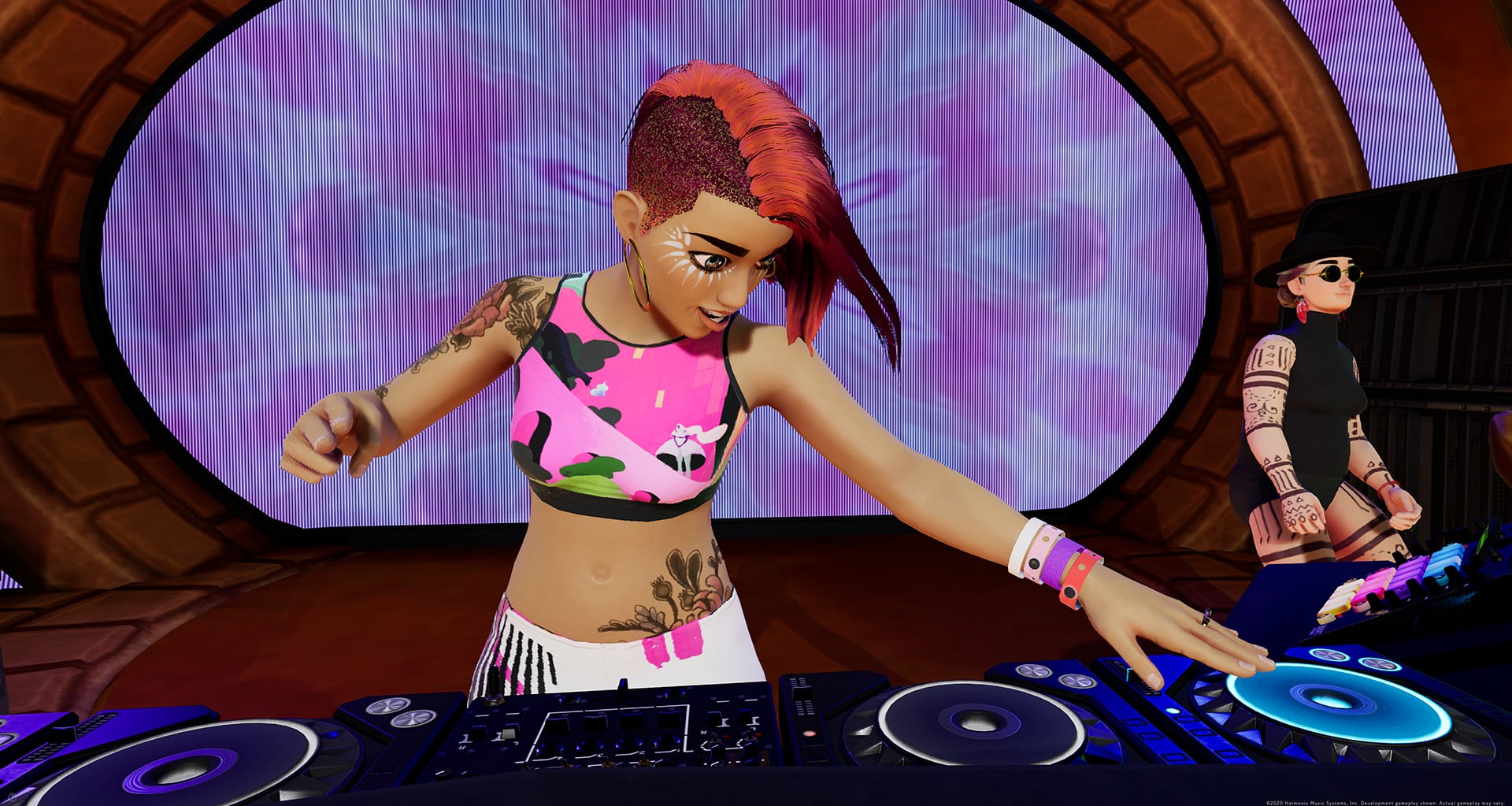 Today, Nintendo dropped another Nintendo Direct Mini: Partner Showcase out of the blue, giving fans updates on a few games that are due for release before the end of 2020. One of the games featured was Fuser, which is still due to release in the Fall.

The trailer that was shown focused on showcasing the collaborative multiplayer, which sees two people work together to try and create the best mixes and react to the other player’s choices. As you work together, you get the crowd worked up for the best show possible.

Before the multiplayer showcase though, the trailer revealed three new songs that will be coming to the game. They are:

You’ll be able to mix those with all the other tracks that have been revealed for Fuser, which you can see on the game’s official site.

Finally, the new trailer revealed another of Fuser’s stages. The Sub Astral stage seems to be based on flowers and nature, bathing the audience in pink lights and backing up the performance with a forest like surrounding.

If you’re not familiar with what Fuser is, the official description reads:

“The next evolution of interactive music games, which puts players in control of the music will launch with more than 100 songs, featuring top artists from across the globe. The game lets players fuse together elements from hit songs across pop, rap/hip-hop, R&B, dance, rock, country, Latin and Caribbean music.”