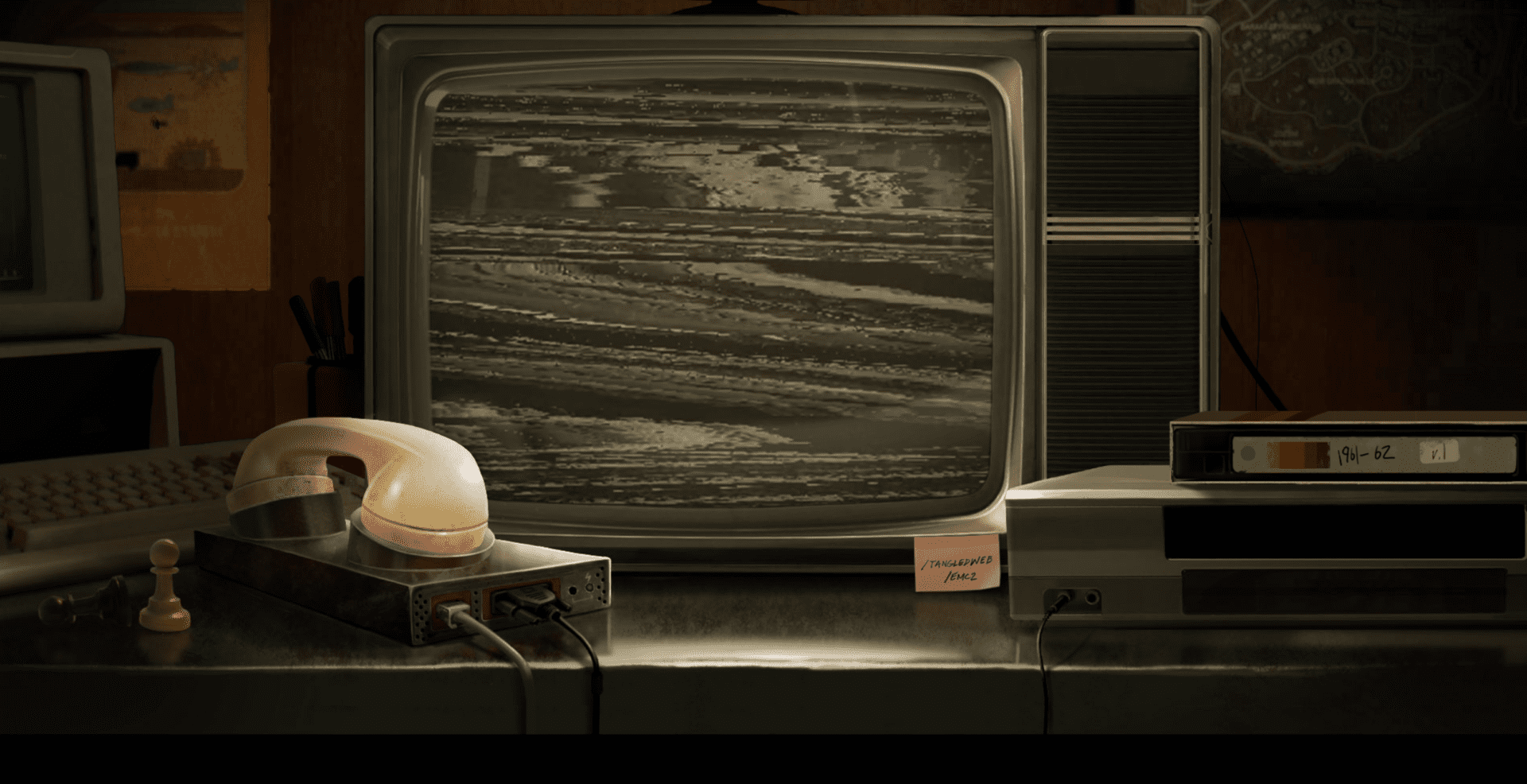 Following Monday’s Call of Duty 2020 tease, which saw influencers sent a crate containing a projector and fans of the series led to a mysterious website, the hints are becoming more and more interactive.

A video starting playing on the website that went live on Monday, presenting clips from the 60s and revealing a code.

The code was WZ H6 49285 163, which suggests Warzone and the grid reference H6. H6 is where Farmland is located in Verdansk, so players have headed there to see what’s new.

Call of Duty YouTuber, PrestigeIsKey, figured out what was going on. There’s now a keypad that opens a door in a farmhouse in Farmland, with the code being the last eight digits from the code in the mysterious video.

What’s through the door seems like a Cold War bunker, which would make sense after leaks suggested we’re getting a Call of Duty: Black Ops Cold War later in the year.

In the room, you’ll find various documents, old computers, and maps, all of which will likely hint at the next tease or other locations on the Warzone map.

None of the potential hints inside the room have been deciphered yet, but CharlieIntel has pictures of all of them in case you’re able to figure them out.

There are also suggestions that other keypads have been added to other doors throughout Verdansk, yet the codes aren’t known yet. As soon as they’re worked out and we get closer to a reveal of Call of Duty 2020, we’ll be sure to update you.