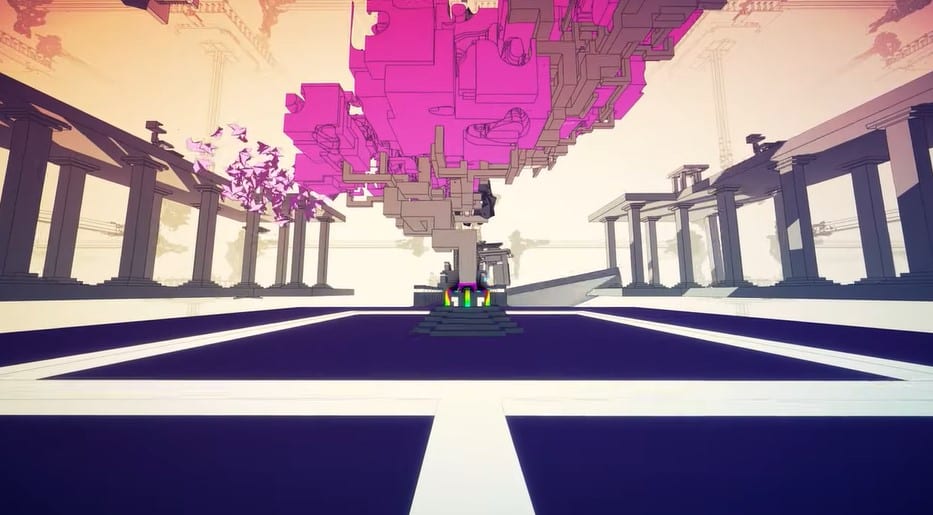 Earlier today, William Chyr Studio announced that Manifold Garden is releasing on Switch, PS4, and Xbox One today. The initial reveal was a part of Nintendo’s Indie World presentation that focused on indie titles coming to the hybrid console.

This game uses an art style similar to that of MC Escher paintings in order to mess with the player’s perception of the world. It’s clear that you’ll need to think in all three dimensions in order to solve these spacial puzzles.

Besides the seemingly endless staircases, you can also bend gravity to your will in order to solve puzzles. The game manages to create some massively complex structures that are hard to wrap your mind around with relatively minimal colors and flat textures.

Manifold Garden has already been out on PC since October of 2019, but this is the first time that console players will be able to try out this puzzle game.

You can pick up Manifold Garden for Nintendo Switch, PS4, and Xbox One when it releases later today. The full console reveal trailer for Manifold Garden can be found below.

If you can’t get enough indie reveals, then check out the full Indie World stream below.