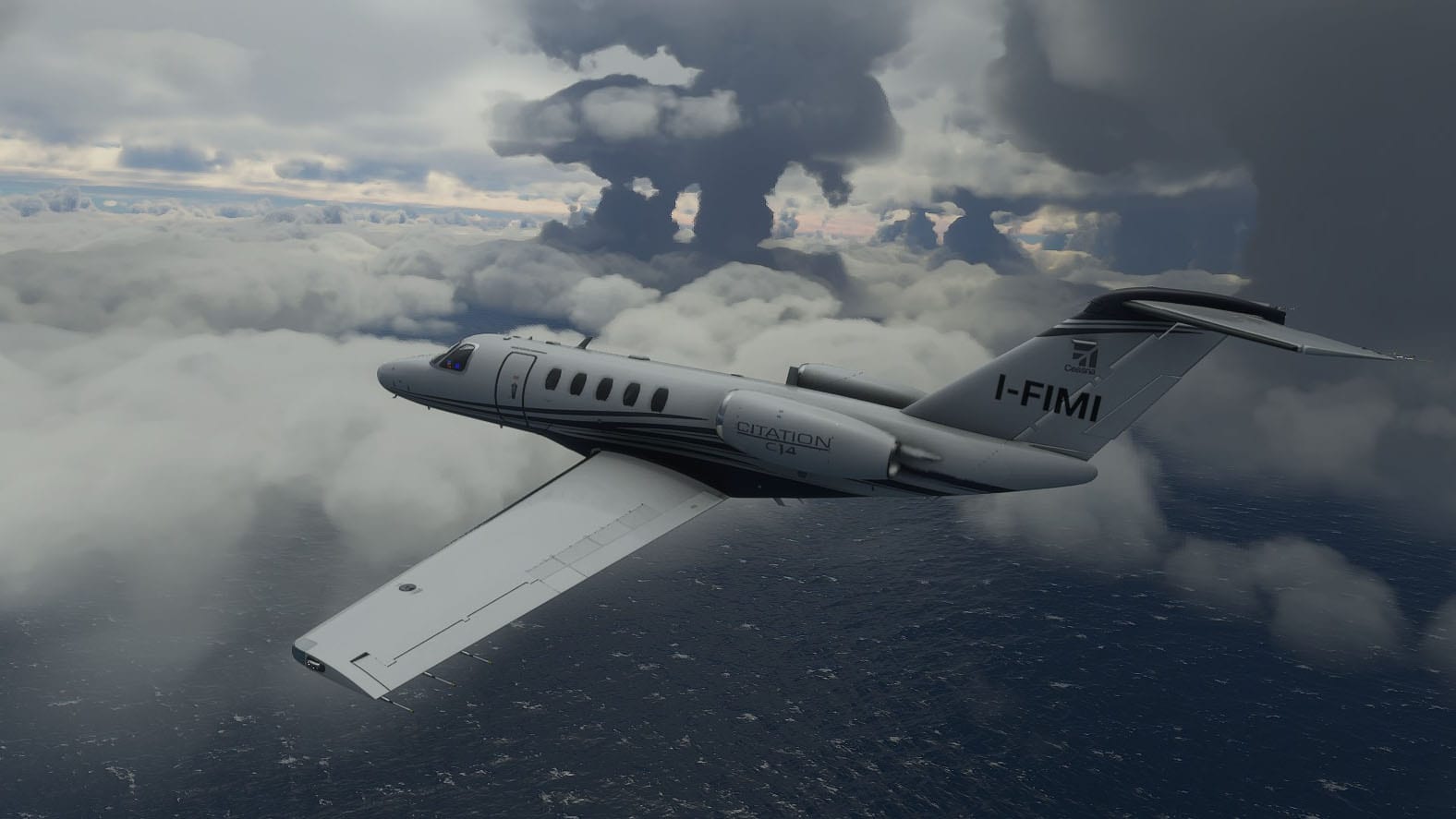 Hurricane Laura in the middle of the Gulf of Mexico in the real world right now, but this means that it also exists in Microsoft Flight Simulator.

The new simulator by Asobo Studio recreates real-world weather in a rather impressive way, and that includes extreme phenomena like hurricanes.

As you can see below, you can even spot it on the map.

To show you what it looks like, I jumped into an old trustworthy Cessna Citation CJ4, then drew a quick and dirty plan from Lake Charles Regional Airport (KLCH) to Cancun International Airport (MMUN) straight into the middle of Hurricane Laura.

You can see the result below. Do keep in mind that I used “Slew Mode” profusely, letting me move much faster during part of the trip. The video is already over one hour long, and I doubt many of you want to sit through three hours of it.

It’s also worth mentioning that wind simulation seems to be spotty at the moment, working in some areas of the world and not in others. You’ll likely notice that while the visuals are very impressive and pretty scary, the strong winds you’d expect in the simulator simply aren’t there. This appears to be one aspect that will require more work by Asobo going forward.

Incidentally, if you pay attention, you may spot a bonus double rainbow. And yes, there was a floating A320 at Cancun. It’s the first time I see this glitch, but it’s funny.