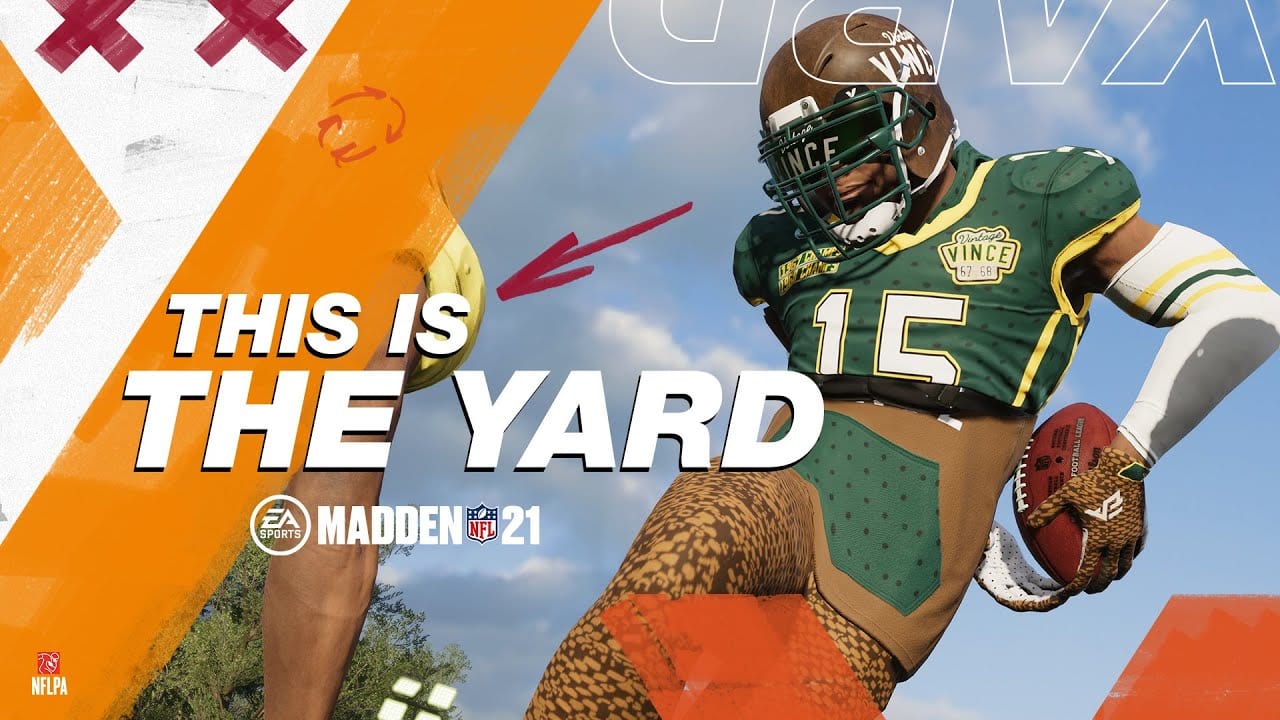 Today EA Sports released a trailer for Madden 21 showing off what appears to be a brand new game mode known as The Yard.

The Yard is a 6v6 “backyard inspired” game mode that takes place on a smaller field, and limited players meant the emulate the feeling of playing a undermanned game of football which is commonplace for many people in America.

Fashion and customizing your avatar is featured prominently in the trailer. There was no mention of microtransactions anywhere, so whether you’ll be able to pay real-life money to customize your avatar is up in the air as of right now.

There are also a suite of special fields that The Yard will take place on such as Miami Port and Lambeau Tailgate.

The trailer which you can see below was light on actual gameplay, and I couldn’t tell if there was an offensive lineman counting to ten Mississippi before going for the sack, but perhaps you have a sharper eye than I.

In any event, Madden is definitely in need of some new modes to shake it up after last year, and The Yard certainly looks promising even in this brief snippet.