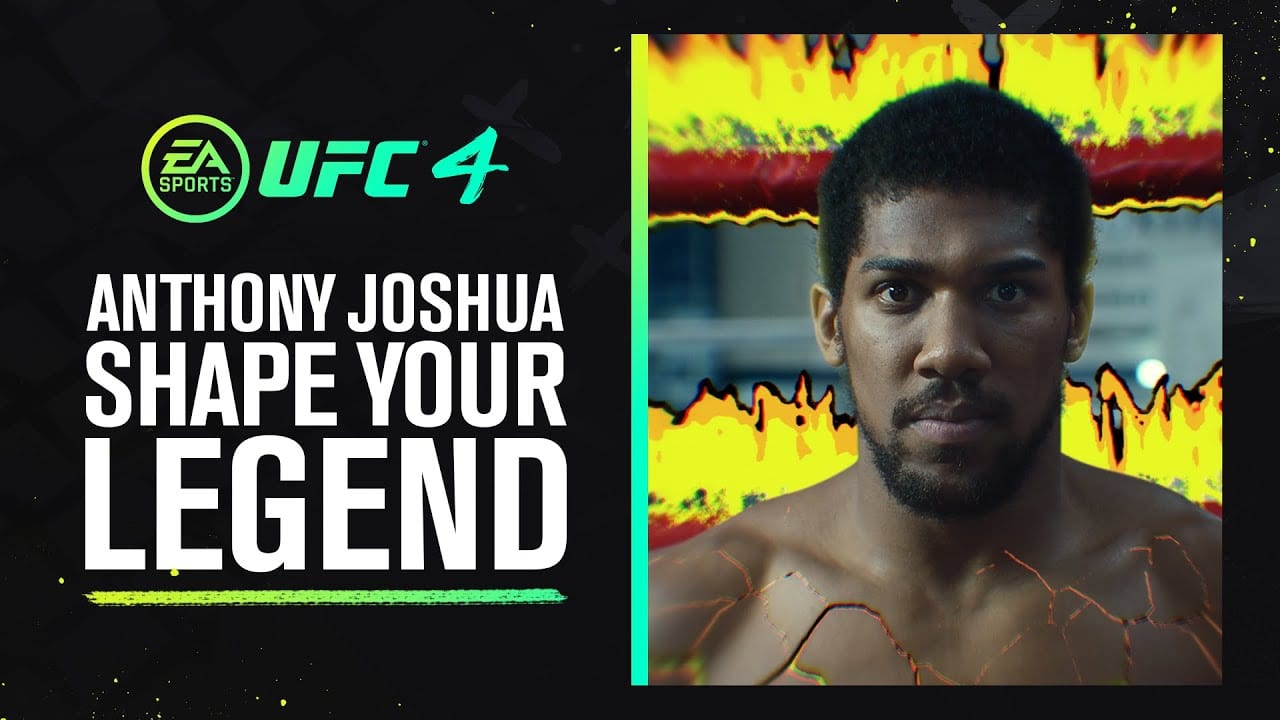 EA Sports’ latest UFC game is about to launch, so they’ve asked a boxer to come and help promote it. On the surface, that doesn’t seem to make a lot of sense, but Joshua is one of two boxing stars available as special guest fighters in UFC 4 — the other being WBC heavy champion Tyson Fury.

Naturally, both are locked behind a paywall, available only as a pre-order special ahead of the game’s Aug. 22 launch. If you’re on the fence, perhaps this latest trailer will get in the mood:

UFC 4 is the latest iteration of the longstanding series, promising a more fluid combat system, as well as a complete overhaul to the career mode.

Here’s the spiel from EA on the new game’s key features:

For more on the game, you can watch its initial revel trailer featuring Jorge Masvidal and middleweight champion Israel Adesanya.