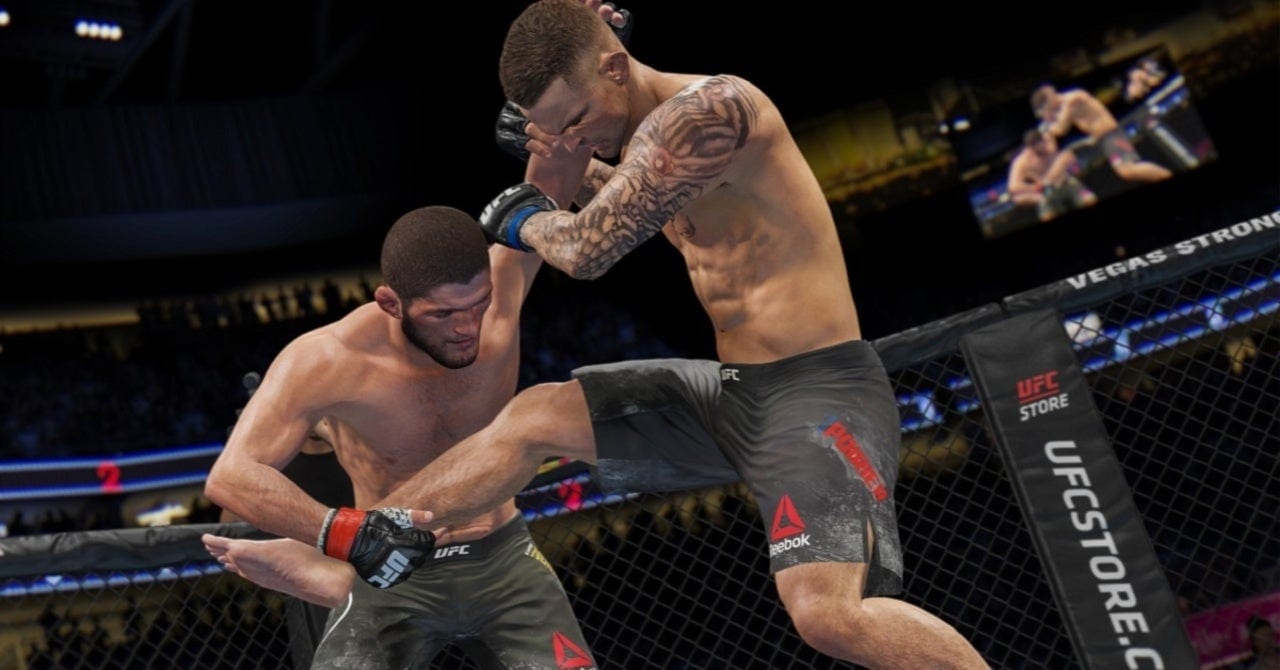 In the trailer, each fighter is given a brief section in which they narrate over their in-game counterparts, showing off UFC 4’s intense grappling physics all the while.

Plenty of other interesting new elements stand out in the trailer, especially when it comes to the different arenas that you’ll step into. The first shot we see in the video is an overhead of a makeshift backyard ring.

The entire trailer gives off a “Street Fights,” make it from anywhere type of vibe – which isn’t surprising considering the background of fighters like Jorge Masvidal and the late Kimbo Slice.

Nigerian born Israel Adesanya also gets to show off his own unique ring and look in the reveal, sporting cord-like boxing wraps as golden cobras loom in the background.

The official press release had the following to say regarding everything new UFC 4 has to offer:

In gameplay, fluid clinch-to-strike combinations offer more responsive and authentic stand-up gameplay experiences, while overhauled takedown and ground mechanics deliver more control in those key phases of the fight. No matter how or where players play, EA SPORTS UFC 4 puts them at the center of every fight. Fluid clinch control brings RPM into the art of the ‘clinch’, adding a key element of strategy to the striking system. RPM Tech drives a takedown overhaul, with a slew of new takedown animations, driven by player control and fighter attributes. A new submission system was built to offer a simplified player experience, with more ways to transition into submission attempts, accelerate a finish, or deploy high-impact slams to escape them.

Additionally, an overhaul to Career Mode introduces a brand-new way to develop fighter backstories and offers an in-depth evolution process for the duration of the fighter’s career. The new fighter evolution feature lets players dictate a fighter’s skillset, as every punch thrown, or every takedown executed builds fighters up in that specific discipline. Relationship Building brings the impact of partnerships and rivalries into UFC 4, learning from both friend and foe to gain experience and learn vital skills. Players can pick their path, which allows them to choose the fights, weight class and rivalries they want, ensuring no two careers are alike.

Anyone that pre-orders UFC 4 now gets an exclusive bonus that features Tyson Fury and Anthony Joshua. Those interested in can head to the link listed here.

UFC 4 is set to launch worldwide Aug. 14 on PlayStation 4 and Xbox One. Be sure to check back to the site for more updates as they occur.