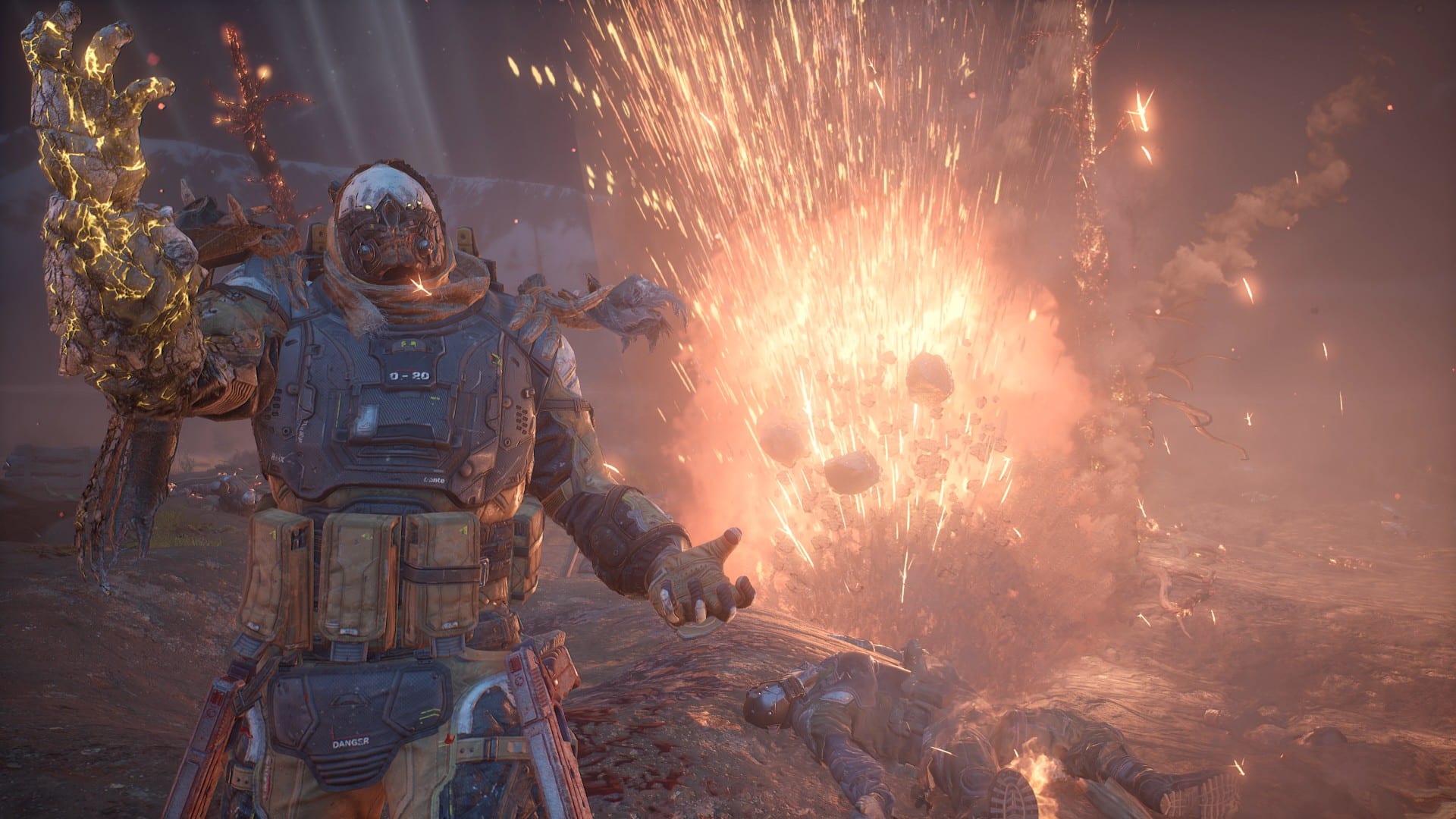 In addition to the wealth of information we were able to glean about Outriders from our hands-on preview, People Can Fly released another one of their monthly broadcasts that deep dive into a few specific areas. This time around co-op gameplay and closer look at the tanky Devastator class is on the menu.

The broadcast kicks off with a look at the final class to be revealed for Outrides, the Technomancer. The Technomancer is a longer-range support class of sort that excels in calling down heavy weapons to do heavy damage and also aid allies by inflicting powerful status effects on enemies.

You can get a taste of the Technomancer from the trailer below but we were able to get four hours with the Technomancer in our preview, so give that a read here if you want to read about what the class is like to actually play.

Next, the broadcast shows extended footage of co-op gameplay that we were also able to experience from our hands-on. The battle, which takes place across various trenches, features gameplay from the Devastator, Technomancer, and Pyromancer. Take a look at that via the broadcast below.

Then we arrive at the Devastator deep dive. The Devastator class focuses on three core “tenets” according to people can fly: Kinetic, Protection, and Seismic. The gameplay shifts seen through its three skill tree paths, Vanquisher, Warden, and Seismic Shifter will certainly reflect these tenets.

Here’s what you can expect from each of the paths:

Unlike the other classes which generally recover health from doing damage, the Devastator heals quicker as it gets kills while surrounded by enemies. This allows it to lean into that tank/front-line fighter fantasy. Many of its traits and abilities revolve around packing on health and shields in some sort of way.

The broadcast highlighted four abilities this time around:

That’s the big stuff from Outriders Broadcast #3, but definitely be sure to check out the full broadcast above to get a clearer picture of the content that was shown. And of course, read our full preview.

Outriders will release in 2020 for PS4, Xbox One and PC, and also eventually Stadia, PS5 and Xbox Series X.