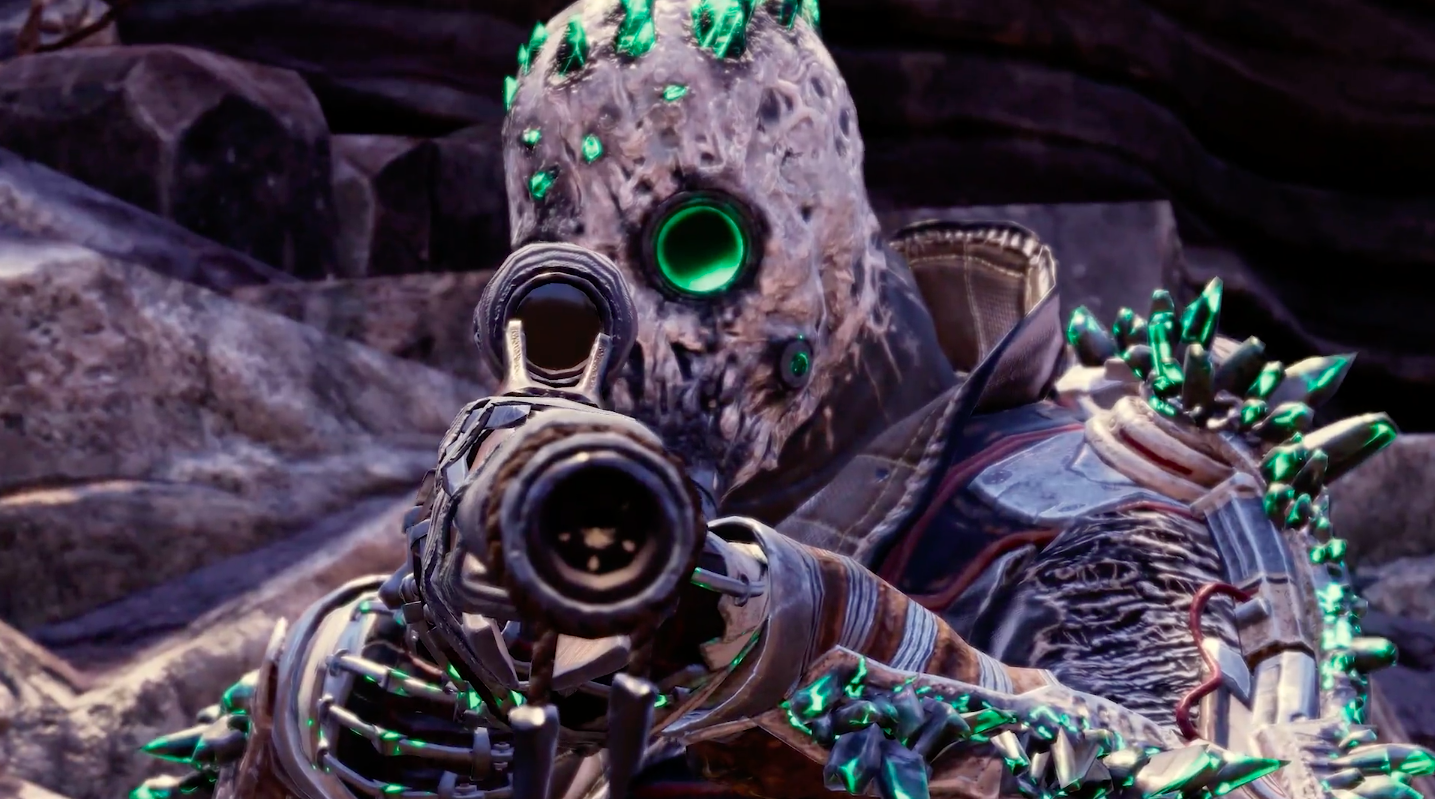 Outriders is still slated to come out this year, but with only four months to go, we’re starting to run out of runway in 2020 (thank goodness). Recently Twinfinite had an opportunity to go hands-on with People Can Fly and Square Enix’s looter-shooter to see how it was coming along. If 2020 is still the plan, one would think that Outriders should start to play and feel like something close to the final product by now.

Overall we walked away impressed with what we were able to get a good feel for but still unsure about a few things that we weren’t able to get enough time with.

Four hours were spent just using the newly revealed Technomancer class which is definitely a blast to play for players that like to play somewhat of an offensive-support role hybrid.

Without further ado though, let’s just dive right into the most important elements of a good RPG looter-shooter and see how Outriders is coming along in each of those areas.

The most impressive part of Outriders in my experience was the character building. I’m a sucker for well-defined classes with lots of different options for customization. Outriders is loaded with this even before taking gear builds into account.

There are a total of four different types of character classes which can each be driven down three different specialization trees.

You are not bound to three and are free to focus heavily on one or split across all three if you like. It’s extremely similar to Borderlands 3 in this regard as you’ll have enough points from leveling up to max on one tree with a little extra for the other two.

During Twinfinite’s recent hands-on session, we had four hours to play with the newly revealed Technomancer class.

The Technomancer’s gameplay style revolves heavily around a few key features. The most obvious is its unique ability to summon a powerful turret to the battlefield that can be customized through various skill trees to fit certain situations and/or playstyle preferences.

In addition, the Technomancer excels at slinging around status effects especially cryo and poison. I’ve always been a big fan of the art of damage over time (DoT) classes that earn their keep in prolonged battles.

The ability to slap down DoTs and have part of my job done for me automatically has always been incredibly satisfying to me.

So what I did was spec my Technomancer to be an expert with poison attacks. My turret covered anything that got near it in a powerful poison that chips away at anything it touches.

I also dumped points into an ability that allows me to load a magazine of poisoned bullets to quickly spread DoTs all around. With this setup, if an enemy so much as got in my line of sight, they started to wither away shortly thereafter.

I didn’t have to go this route at all though. The Technomancer also specializes in calling in temporary, but powerful, heavy weapons such as a Rocket Launcher, and as I mentioned, cryo damage as well. If I wanted to be Mr. Freeze instead of Poison Ivy I could have been.

It also excels well in long-range scenarios and you could spec out a Technomancer that is focuses primarily on sniping as well. There’s a lot of options.

All of the classes in Outriders will have similar options at their disposal.

The best way I can sum up Outriders’ gameplay is that it plays like it looks. To me, it looks like a more fast-paced, frantic, and fantastical version of The Division and that’s exactly how I found that it played.

It’s a third-person shooter through and through, but it’s not as rooted in cover-based gameplay or realism. Health is usually always regenerated via offense in Outriders, so you’ll need to constantly be killing and damaging enemies in order to stay alive.

Standing in cover for too long can actually be problematic if you’re not finding ways to deal consistent damage. I found during my playtime that it’s usually better to put yourself in high-risk, high-reward scenarios where you’re exposing yourself but for a good reason i.e. setting up a devastating chain of abilities either on your own or with a partner.

Combat is quite varied from what we played. There were times where my group had to contend with swarms of lesser enemies, a small handful of tough to kill ones, and giant cinematic boss fights.

The most impressive part of our demo was a section where we were engaged in trench warfare with an opposing faction and were forced to cross no-man’s land and engage in close-quarters combat in the trenches. The aesthetic in this section was reminiscent of some maps I’ve seen in Battlefield 1, which is to also say that it was a feast for the eyes.

I have no idea yet, of course, how well the variety holds up over a long period of time, but it was certainly entertaining in our half-day demo.

The only problem I found is that some enemies were just too much of a bullet sponge. This is a problem common in the genre as it is often used as a way to cover for a lack of creative ideas in generating difficulty. Fortunately, it wasn’t rampant in the demo, but it did exist.

Covid-19 complicated our ability to get a feel for the nitty-gritty stuff like the frame rate and how Outriders looks a few months out from release as we needed to play over an internet connection, but even in non-ideal conditions, Outriders felt very good to play.

To be honest, I didn’t really get a ton of loot that I felt was worth using during my time playing Outriders. I can’t distinguish, though, whether it was because they decked our character out for us before “handing us the controller” or if it’s because it’s hard to get good loot.

That being said, through my limited gameplay experience and as well through talking with the developers, I do feel confident that the loot in Outriders is looking to be something interesting and fun to collect.

The best comparison I can make here is to Diablo where loot not only is a way to boost your raw stats but can also boost and augment the effectiveness of certain abilities.

The goal for the developers, I’m hoping, here is to create a loot system that challenges players in a good way to think about the build they are putting together and how certain gear they find will fit in.

Outriders is shaping up to be an excellent, and fun-to-play action game. The very big question mark for me still though is the story. Unlike other looter-shooters currently popular on the market, Outriders is going to live and die by its campaign.

The reason for this is because Outriders is not a live-service game. It will be a complete game at launch and is designed to be a story-driven experience like Mass Effect rather than something like Destiny, Borderlands, The Division, or Anthem.

Our preview gave us a little taste of the story but nothing substantial. Without all of the context or having any sort of feel for the characters we were interacting with, it was hard to really pretend like I cared (or could even follow) what was going on.

We were thrust right into the middle of something, likely early on in the game, and my attention was driven more towards the combat, loot, and Technomancer skill trees.

That won’t be the case when Outriders releases sometime this year. If the story is a dud, it could drag everything else down with it.

If it’s done right, Outriders, right at the end of this console generation, has the potential to go down as the most polished looter-shooter game we’ve seen. We’ll have to wait and see.