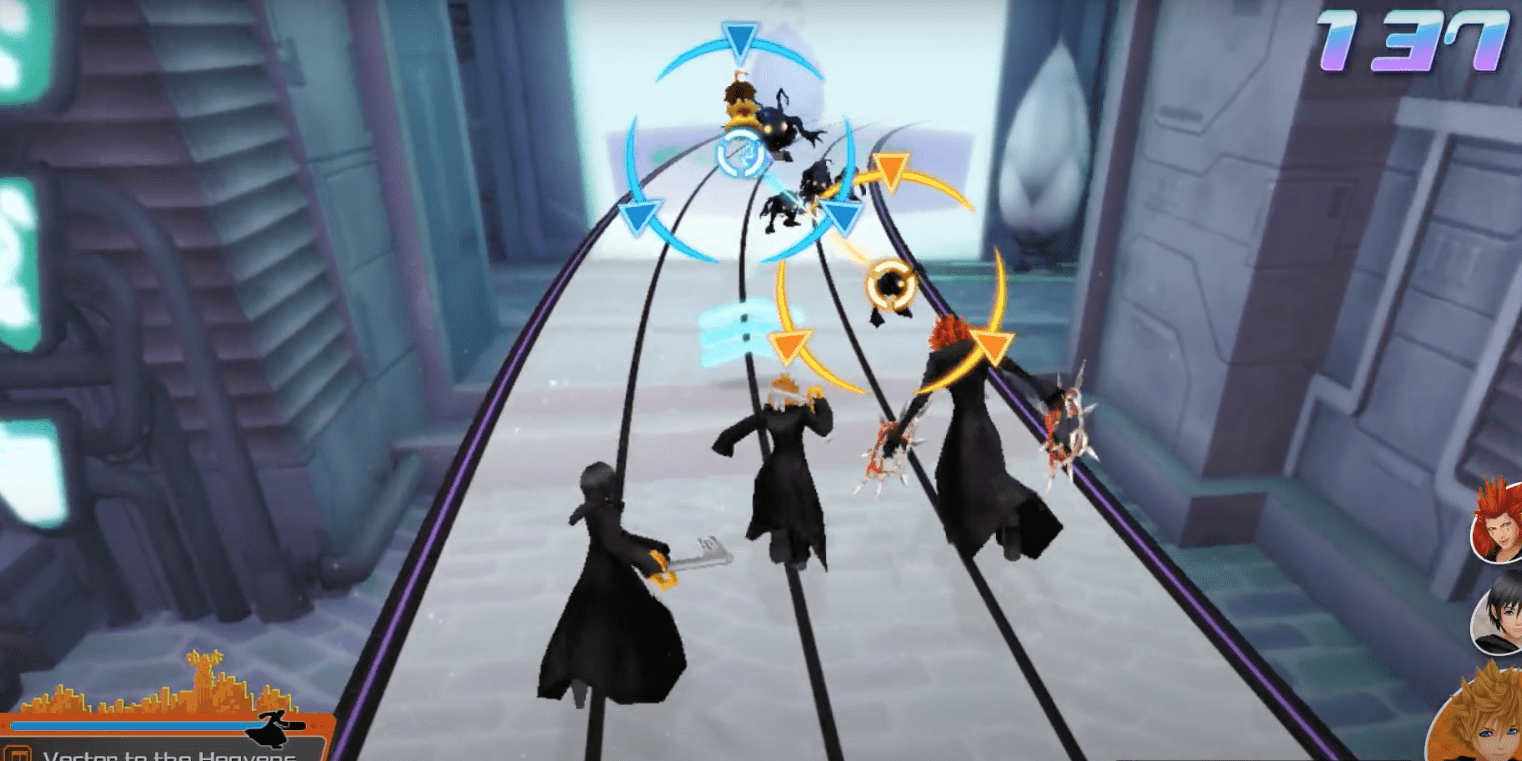 Kingdom Hearts: Melody of Memory has finally received a release date, and fans of the series won’t have long to wait until they can get their hands on it.

During the Nintendo Direct Mini streamed by Nintendo via YouTube on Aug. 26, Melody of Memory received a brief gameplay overview video which dove into most all of its gameplay modes. This included a more detailed look at the game’s rhythm-based combat, wherein players will need to time attacks and movements with the rhythm of the track playing to damage enemies and bosses, dodge attacks and so on.

In particular, the game’s multiplayer modes were shown in greater detail. In addition to the previously announced co-op multiplayer, the game will offer online versus modes which range from one-on-one to an eight player free for all.

The elements focused on Kairi were likewise hinted at, with the promise that the game would explore a new chapter of the series while a new cinematic showed Kairi and Riku meeting one another sometime after Kingdom Hearts 3. However, few specifics were given as to what this new chapter would entail.

The biggest news of all, however, was saved for last: Kingdom Hearts: Melody of Memory is set for release on Nov. 13. It was noted at the start of the Direct Mini, however, that this release date may be subject to change further down the line due to the continued presence of COVID-19.

It was an informative overview to say the least, and fans will want to watch it for themselves down below.

Revealed earlier this year, Kingdom Hearts: Melody of Memory is the first rhythm-based title in the Kingdom Hearts series and the first installment in the series to follow the Dark Seeker saga’s conclusion. In it, players take the role of Sora and his friends as they fight through iconic moments in the series to the beat of some of the franchise’s most iconic music.

Kingdom Hearts: Melody of Memory is currently slated for release on the PlayStation 4, Xbox One and the Nintendo Switch. For more on the game, check out the English reveal trailer released back in June.