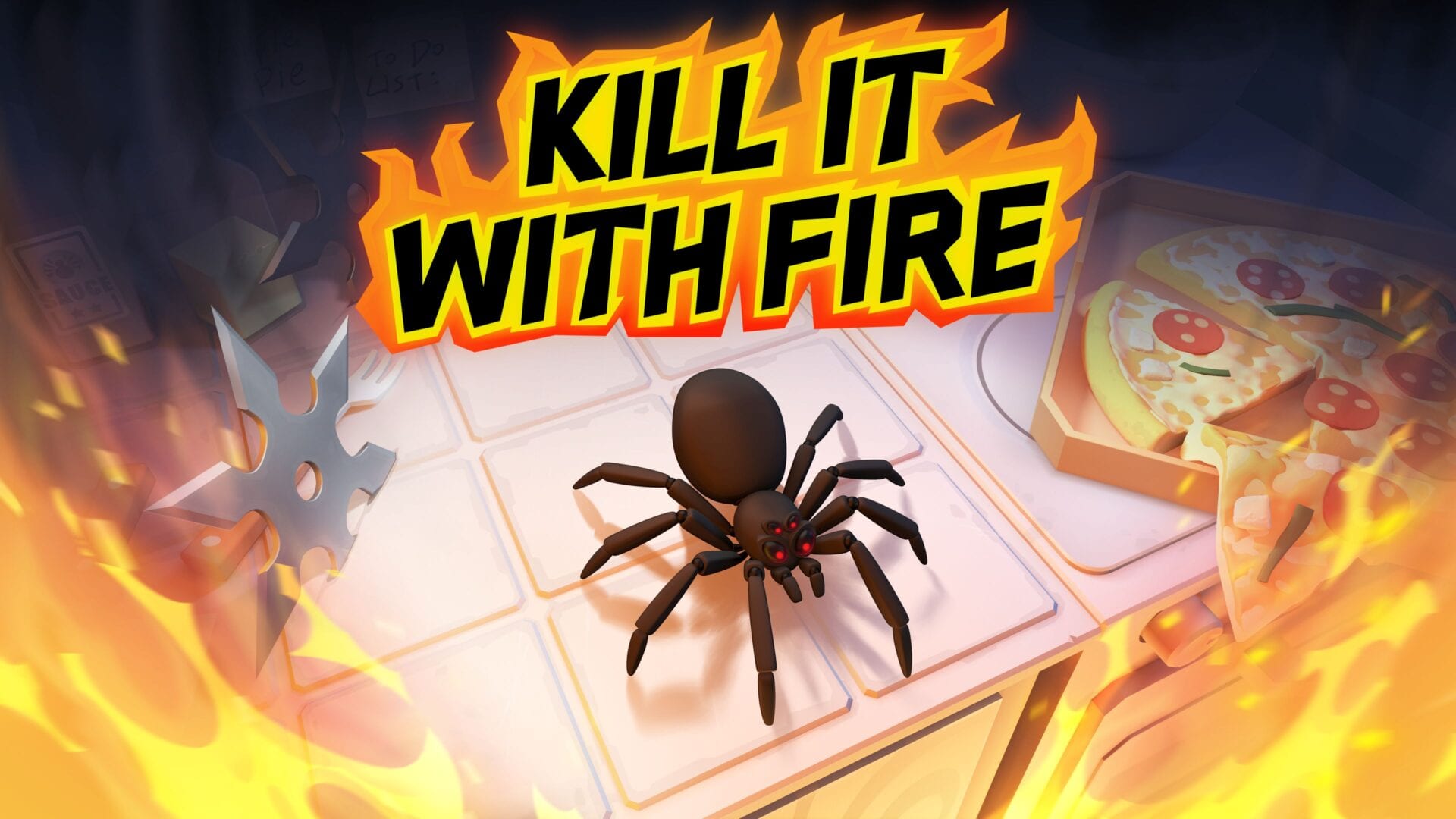 Spiders are among the most feared creatures in nature, and today tinyBuild and indie developer Casey Donnellan Games are providing you with a way to take revenge with Kill It With Fire.

It lets you unleash your rage in rather unreasonable (but likely satisfying) ways on the creepy crawlies with plenty of weapons, both traditional and improvised.

Here’s the launch trailer. I would definitely avoid watching it if you suffer from arachnophobia. I doubt seeing the critters blown up will make you feel any better.

Below you can read how the developers describe the game.

“The spider – mankind’s most ancient and deadly nemesis. As a licensed Kill It With Fire exterminator, it’s time to fight back! Gather your arsenal and pursue the eight-legged menace on a journey across suburbia – although not necessarily in that order.

To defeat spiders you must exploit their one weakness: FIRE. Or bullets. Or explosions, throwing stars, gettin’ smushed by stuff… pretty much anything, really. But that doesn’t mean it’ll be easy – first you’ve gotta find the spiders. Use state-of-the-art arachnid tracking technology to pinpoint your quarry’s location among hundreds of potential hiding spots – then, torch everything and smash the spider with a frying pan after it runs out. It’s the only way to be sure.”