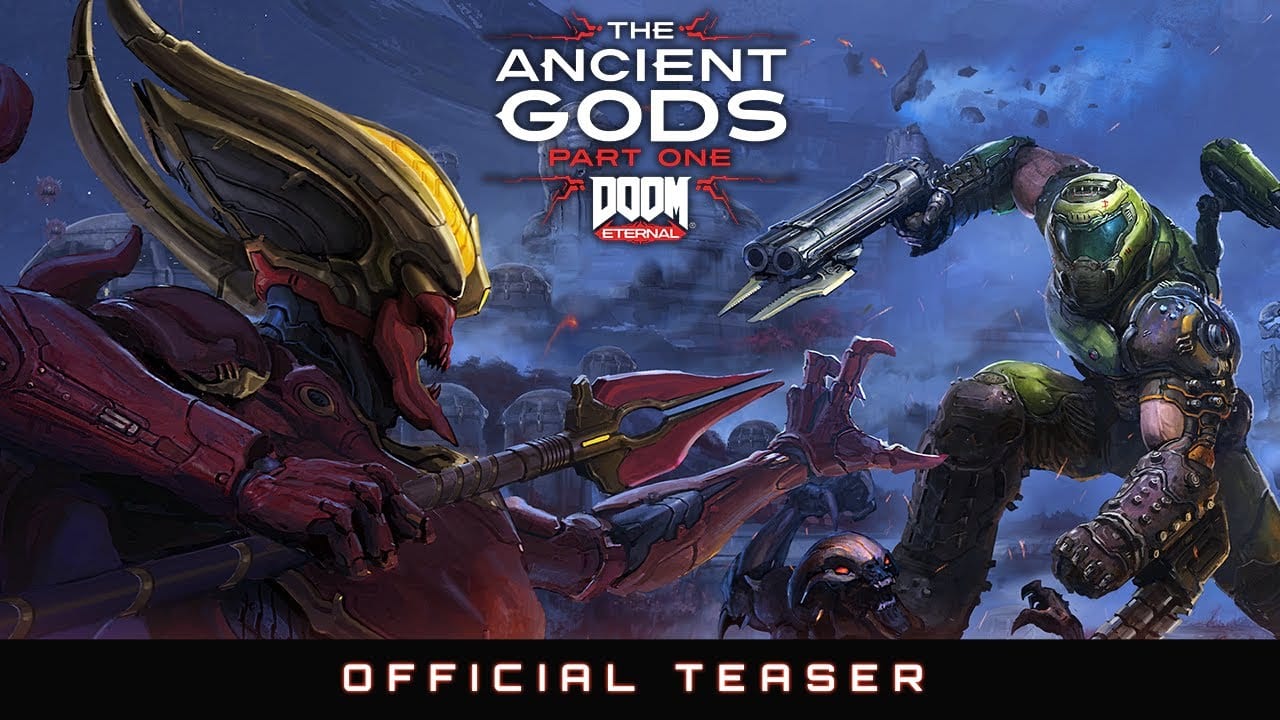 DOOM Eternal’s first campaign expansion is on the way,. Today id Software dropped the first teaser of The Ancient Gods during QuakeCon at Home.

It was explained during today’s showcase that The Ancient Gods picks up immediately after the events of DOOM Eternal’s story campaign.

“Now there is an imbalance of power in the heavens and the true ruler of the DOOM universe must rise to set things right,” game director Huge Martin said during QuakeCon At Home.

He added that the campaign expansion’s premise is “very cool and comic book.” Sign us up!

In addition to news on The Ancient Gods, id Software dropped some interesting stats during today’s QuakeCon At Home presentation. 12 billion demons have been killed since launch, there have been 2.9 billion glory kills, 1 billion super shotgun kills, and 607 million BFG kills. That’s a lot of demon-slaying!

You can check out the new teaser below.

The developer has explained that a full trailer is on the way during Opening Night Live, on Aug. 27 at 2pm ET.

Doom Eternal is available on PS4, Xbox One, and PC.

In related DOOM news, Bethesda recently added Doom Eternal and Elder Scrolls Online to the list of titles being ported to PlayStation 5 and Xbox Series X.