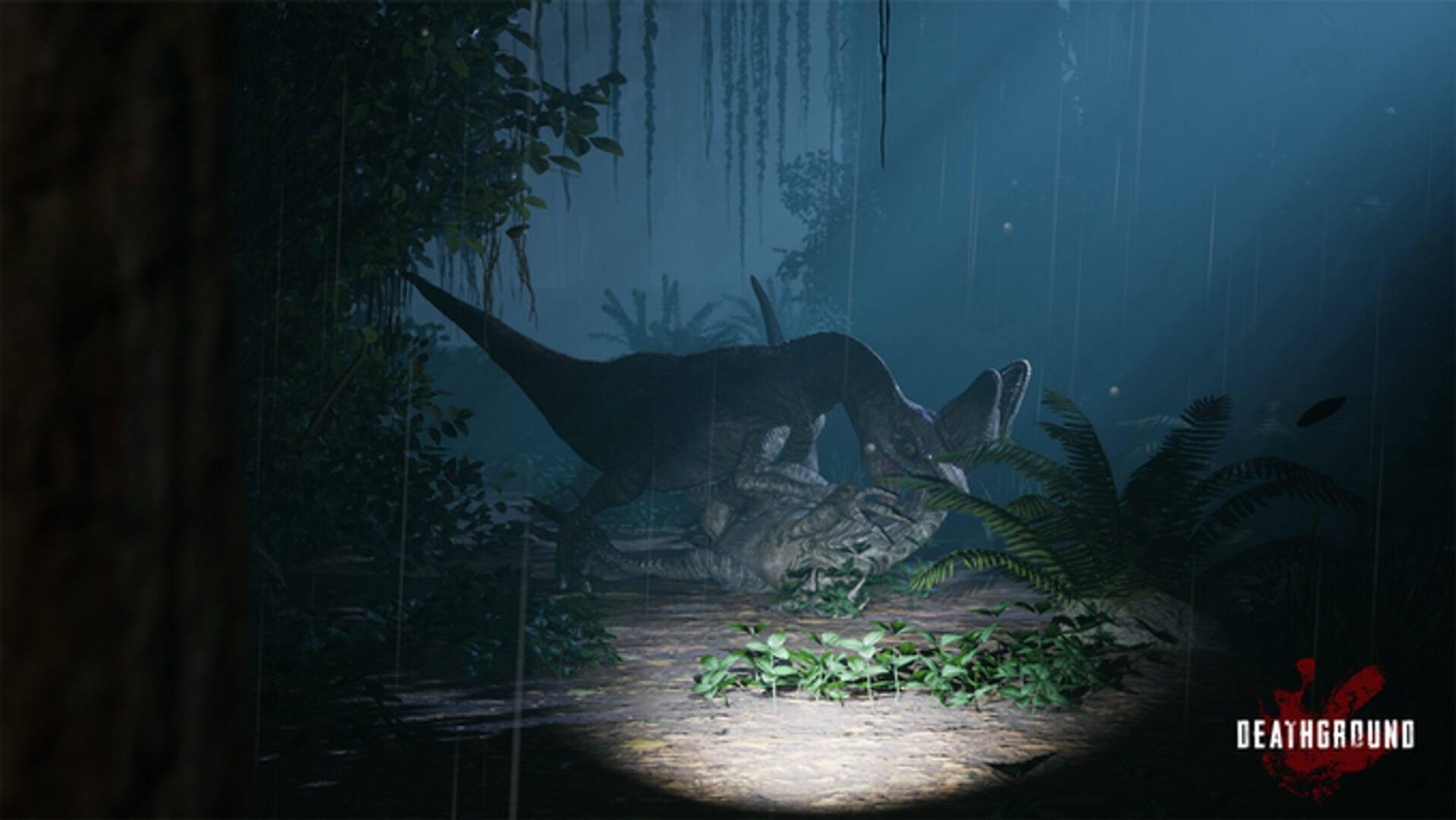 A new trailer for the upcoming dinosaur-themed survival-horror game, Death Ground, was shown off during the Future Games Show.

Currently in development by Jaw Drop Games, Death Ground is shaping up to be a tense horror game with some truly monstrous encounters.

The game puts out big Jurrasic Park energy, but instead of loud action set-pieces, really focuses on the terror of being stalked by some of the greatest predators to walk the earth.

Death Ground will also feature co-op on release, so you will be able to evade and overcome these cold-blooded terrors alone or with up to three friends, if you so choose.

Many of the gameplay elements present in Death Ground are dynamic, and the AI will actively hunt you as you attempt to retrieve high-value loot and make it to safety in once piece.

Where the dinosaurs spawn, the weather system present, your objectives, and extraction points are all dynamically generated, meaning you will need to adapt your strategy on the fly.

While Death Grounds’ main focus seems to be on stealth and distraction, there is combat in the game, although taking on dinos in a head-on confrontation looks to be a really bad idea.

There is also a crafting system present in the game, with players able to craft all kinds of useful gear and weaponry to help them survive.

Players can also choose to play as a variety of unique characters, each with their own unique traits, skills, and tools to choose from.

You can watch the game in action for yourself below:

Death Ground does not yet have a release date and is being developed for PC, with no word on a console release as yet. You can follow the game on Steam to be notified when a release date is announced.