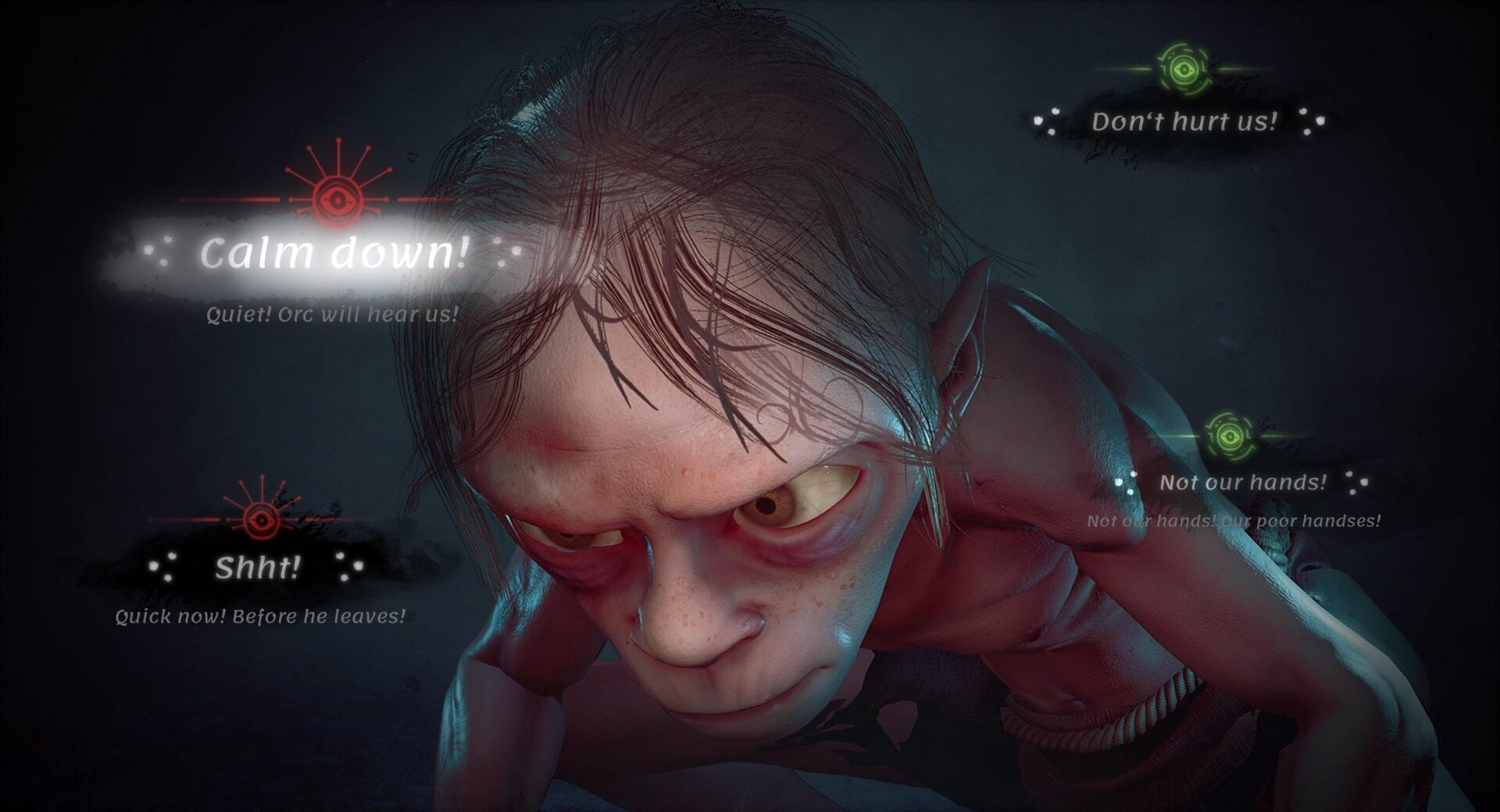 Most of The Lord of the Rings: Gollum is still shrouded in mystery, but developer Daedalic Entertainment has revealed some key details about the game.

During the Gamescom Future Games Show held on Aug. 28, a new video was streamed wherein Gollum’s project manager Saide Haberstroh shed some light on how the game would play. First and foremost, she made it clear that the game aim to blend action and storytelling to provide an engaging experience on par with other media tied to the franchise.

At the same time though, it wouldn’t be a combat-filled affair.

“Gollum is not exactly a fighter who charges into battle,” Haberstroh says. “Players will have to weigh their options for every encounter.”

Fortunately, players will have plenty of options. Most every level will feature a variety of options for sneaking and platforming around threats, or at the very least placing one’s self in a better position for an attack.

Should all else fail though, players will also be able to talk their way out of situations. Not only that, but they’ll be able to choose between responding as Gollum or Sméagol, offering a way to address situations as whichever personality they believe would best fit the situation.

Each choice, however, will come with ramifications. Using responses tied to one personality more often than the other could make that personality stronger, leading to dialogue options or consequences further down the line.

It’s an informative look at the game fans won’t want to miss. The full video can be found down below.

Lord of the Rings: Gollum is currently slated for release on PlayStation 4, PlayStation 5, Xbox One, Xbox Series X, PC and the Nintendo Switch in the latter half of 2021. For more on the game, check out some screenshots of the game detailing its stealth gameplay.