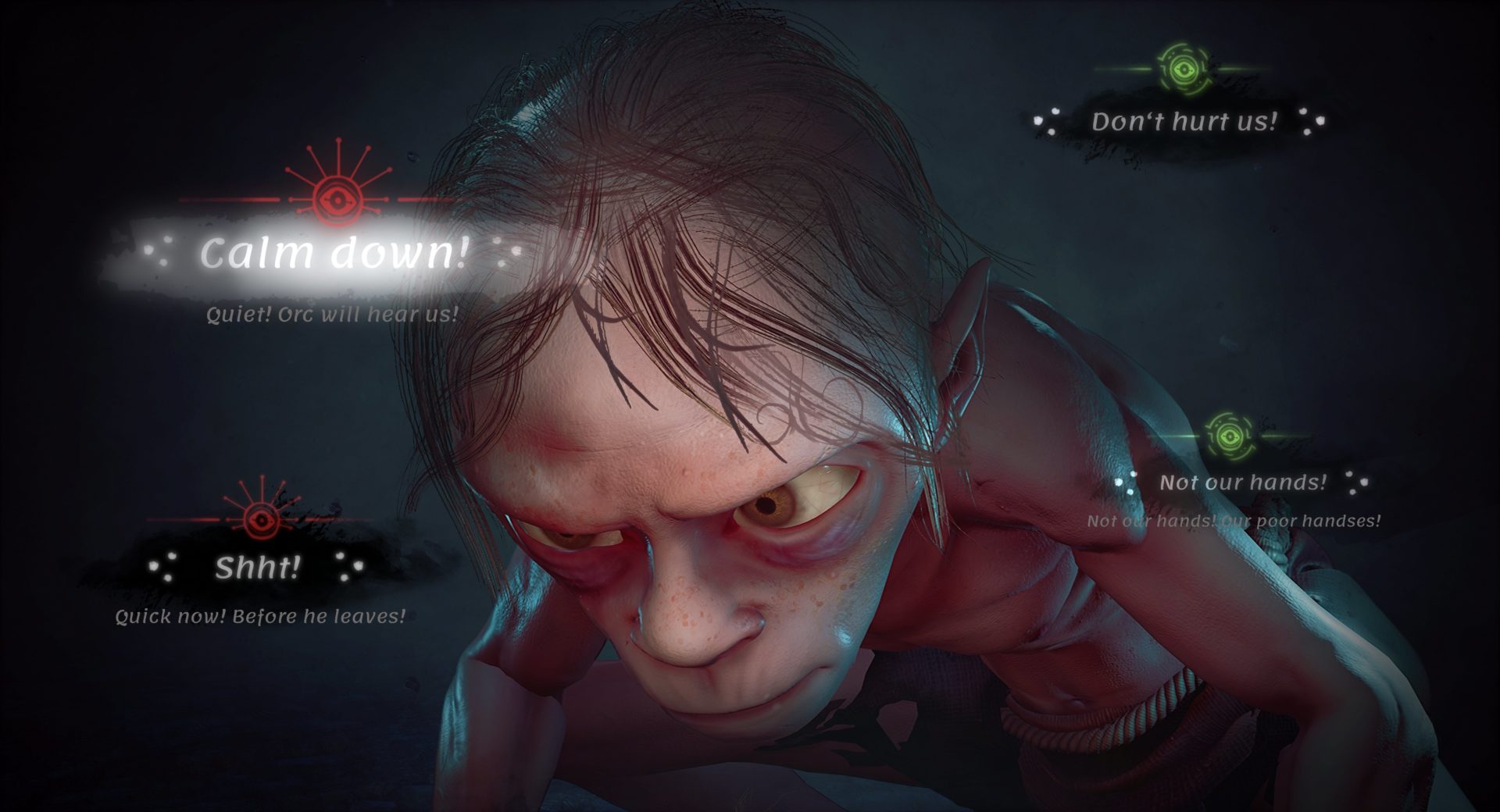 The images follow-on from Edge Magazine’s world exclusive coverage back in January, which announced the game for the first time. It was in that article Daedalic conveyed its passion for telling darker, unconventional stories from The Lord of the Rings universe, as well as its intention to design a very different-looking Gollum from Peter Jackson’s iconic films.

Today’s screenshots highlight an almost cartoony aesthetic, which is certainly a contrast to other video games based on the franchise, such as Monolith Productions’ Middle Earth series. The design of the titular protagonist himself, however, is perhaps more conservative than what had been suggested during Edge’s coverage. He looks almost identical to his design in Jackson’s films.

It is worth pointing out that this is Daedalic’s first foray into the third-person action/adventure genre. In fact, it’s just about the studio’s first fully 3D effort; Daedalic has built its reputation on hand-drawn point-and-click adventure games, such as its adaptation of Ken Follet’s novel The Pillars of the Earth.

So perhaps one shouldn’t be too surprised that The Lord of the Rings: Gollum doesn’t appear in quite as high fidelity and without world-beating character animations despite being billed as a “next-gen” console game.

What we can say is that today’s images do suggest The Lord of the Rings: Gollum features a distinct style. Also, that it’s set to take us on a tour through the very depths of Mordor, of which we’ve never seen before in a video game.

As you’ll note above, the images showcase several gameplay features, including a very interesting mechanic alluded to in previous coverage of the game: Gollum’s bipolar personality presents different choices to the player, shaping their playstyle according to the varying attributes of Gollum and Smeagol.

Other notable takeaways include the extent to which verticality is likely to comprise the game’s level design. It certainly seems as though we’ll be doing plenty of scaling walls and platforming across ledges based on today’s images.

The Lord of the Rings: Gollum is slated for launch on PS5, Xbox Series X, and PC.