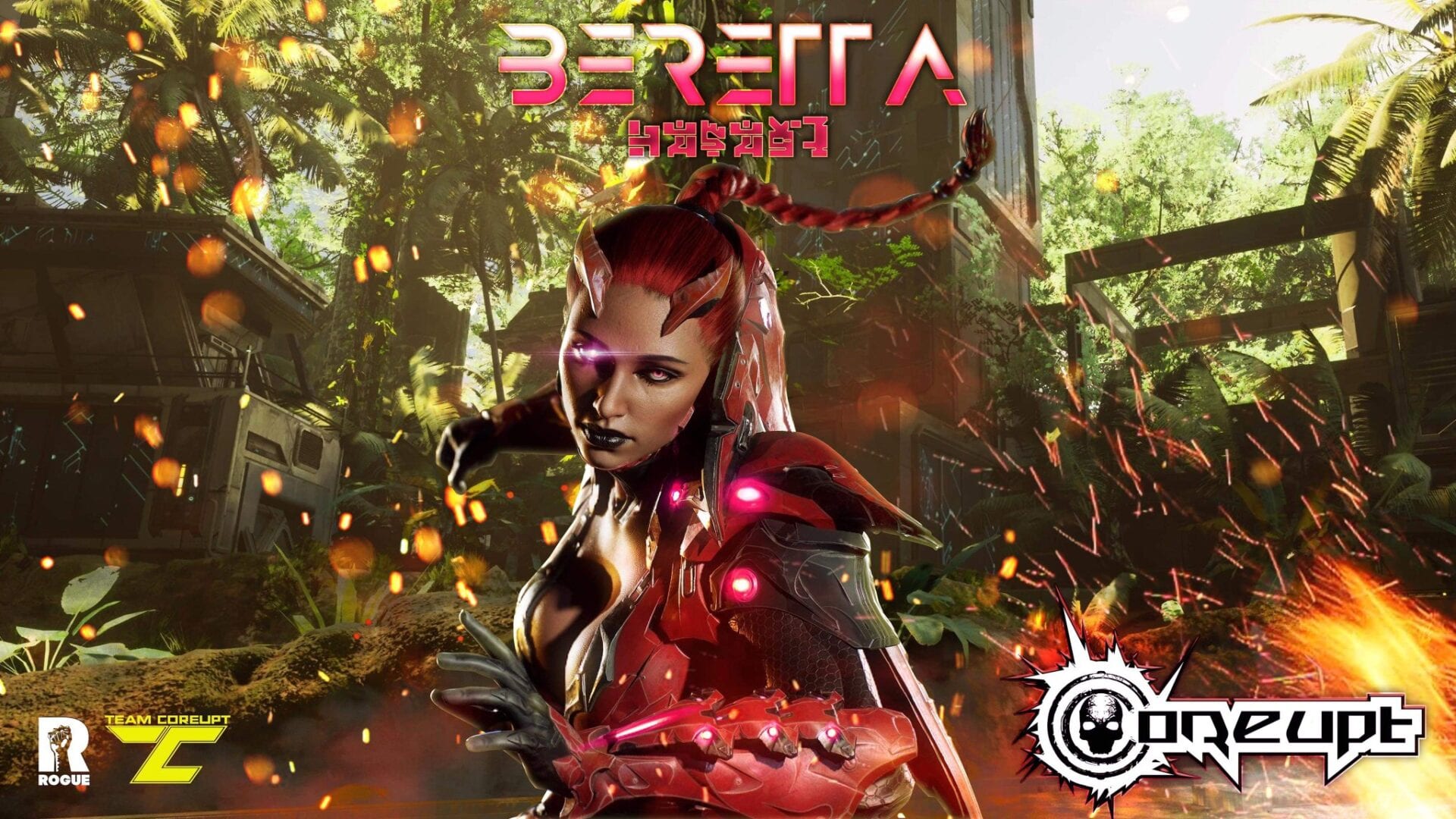 First of all, we get to see a tease of Druganov, who appears to be a rather buff armored warrior.

Next in line are screenshots showing Gatling against Destroy, and more showcasing the former and the ability to change the effect of projectiles.

We also see Beretta’s special attack and victory pose on top of a look at Revolver’s animations.

You can check them all out in Wright’s tweets below.

At the moment, we don’t yet know much about Coreupt besides the fact that it’ll be free to play for PC and next-gen consoles. It’ll be published by Rogue Games.

On top of that, Wright recently confirmed that the game will support Rollback Netcode.

If you want to see more about this fighting game you can enjoy the gameplay trailer showcased at the Guerrilla Collective show and more gameplay from the previous presentation. On top of that, we also saw Winry in action alongside more art, and another look at Beretta and Revolver.