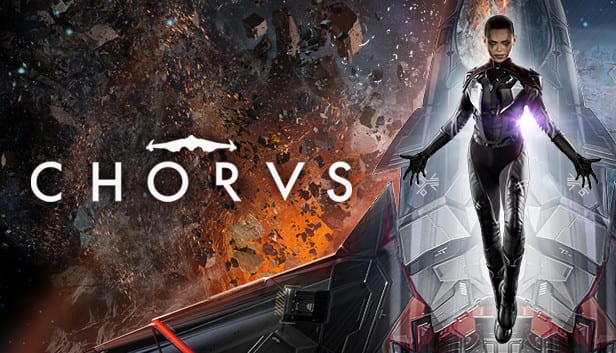 In this new trailer, we can see action gameplay footage featuring combat via the starship that the player character Nara, an ace pilot facing her haunted past, navigates.

The trailer boasts that you “become a living weapon” as you shoot through hazards in space, such as meteors and enemy missiles, all while trying to reclaim the power Nara once had.

The visuals look impressive even through the fast-paced action. You have full control over Nara’s ship to avoid projectiles and shoot at enemies across the galaxy in order to help reclaim her power.

Chorus was originally announced alongside a cinematic trailer earlier this year in May during the Inside Xbox event.

Take control of Nara, once the Circle’s deadliest warrior, now their most wanted fugitive, on a quest to destroy the dark cult that created her. Unlock devastating weapons and mind-bending abilities in a true evolution of the space-combat shooter. Along with Forsaken, her sentient starfighter, explore ancient temples, engage in exhilarating zero-g combat, and venture beyond our waking reality.

Chorus will release for Xbox Series X, Xbox One, Stadia, PS5, PS4, and PC in 2021. You can find out more information about the game on the official website right here.

You can watch the full gameplay trailer below. Be sure to check out the rest of the game announcements from Gamescom: Opening Night Live here at Twinfinite.