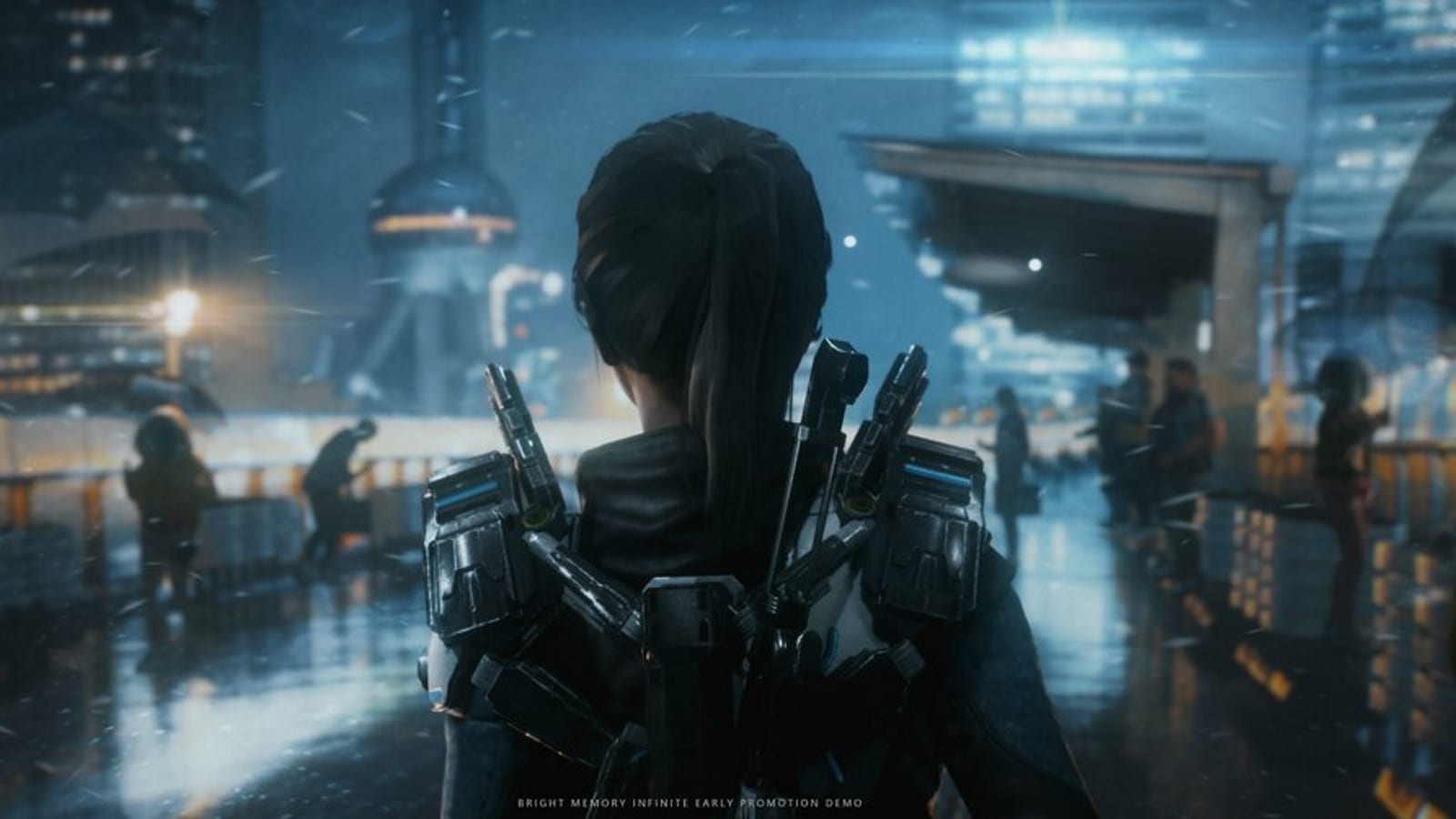 Much of Bright Memory Infinite is still shrouded in mystery, but a new trailer shows that its action and aesthetic strive to be top of the line.

Streamed during Gamesradar’s Future Games Show held during Gamescom on Aug. 28, the trailer starts off slow with hints of a story. The game’s protagonist, decked out in futuristic gear, takes a call from someone before heading out toward an unknown objective.

Things quickly amp up though, as the trailer quickly cuts to footage of her dropping into a battlefield before sneaking, slashing and blasting her way through a number of armed soldiers. Some carry the same futuristic tech and equipment as her, but others appear to be out of different eras or points in time entirely.

Regardless, she takes them all on, utilizing a number of firearms, a sword and a grappling wire to take them out in quick succession.

It all culminates in a battles between her and a masked swordsman who moves around at inhuman speeds. The two clash swords again and again, with the protagonist utilizing her gunplay and maneuverability to its full extent, before the masked figure vanishes and the trailer cuts to black.

One can’t argue that it’s a stylish trailer, even if thefiner points of the game’s story still remains heavily shrouded in mystery. Fans of first person shooters and action titles will definitely want to give the full trailer a look for themselves down below.

Bright Memory Infinite is currently slated for release on Xbox Series X, Xbox One, PC, PlayStation 4 and PlayStation 5. For more on the game, check out another trailer released last month showing off the title’s gameplay in action. You can also check out the game’s initial reveal trailer from back in march to see how the game has come together in recent months.