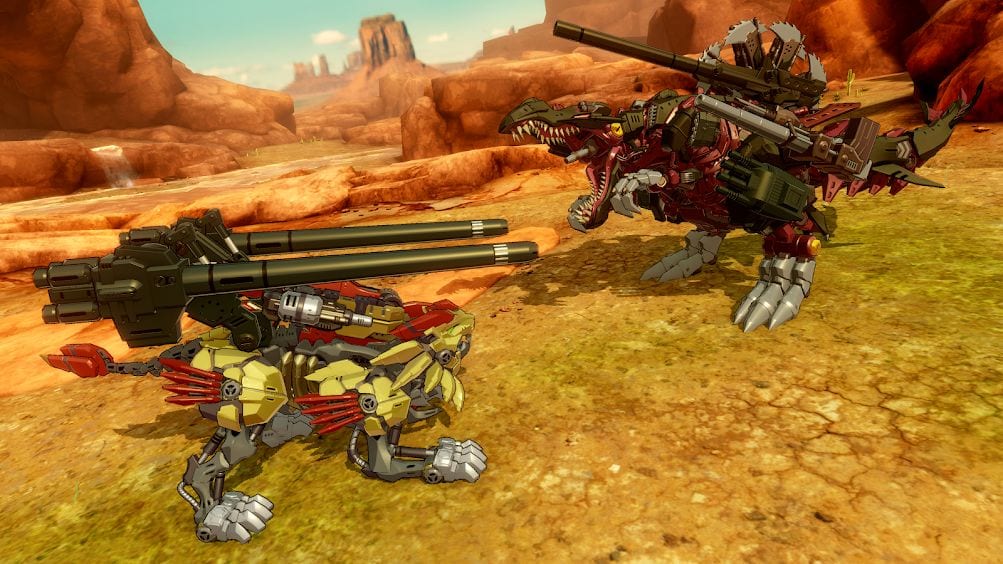 The game is titled Zoids Wild Infinity Blast and it’s going to be released in Japan exclusively for Nintendo Switch this winter.

It’ll include new Zoids like Rising Liger and it’ll include more content than previous games, with the ability to customize your Zoids.

We also get the first screenshots, that you can see below.

It’s worth mentioning that this not the same game as Zoids Wild: King of Blast, which will come in the west as Zoids Wild Blast Unleashed in October for Nintendo Switch courtesy of Outright Games. It’s a completely new game.

At the moment, we don’t know if this one will be released in North America and Europe, but considering that its predecessor will be published in English, the possibility does exist.

We’ll keep you posted if any additional information is revealed.

The game is based on the recent anime and manga series Zoids Wild, which debuted on CoroCoro Comic in April 2018 and then on Japanese TV in the summer of the same year.