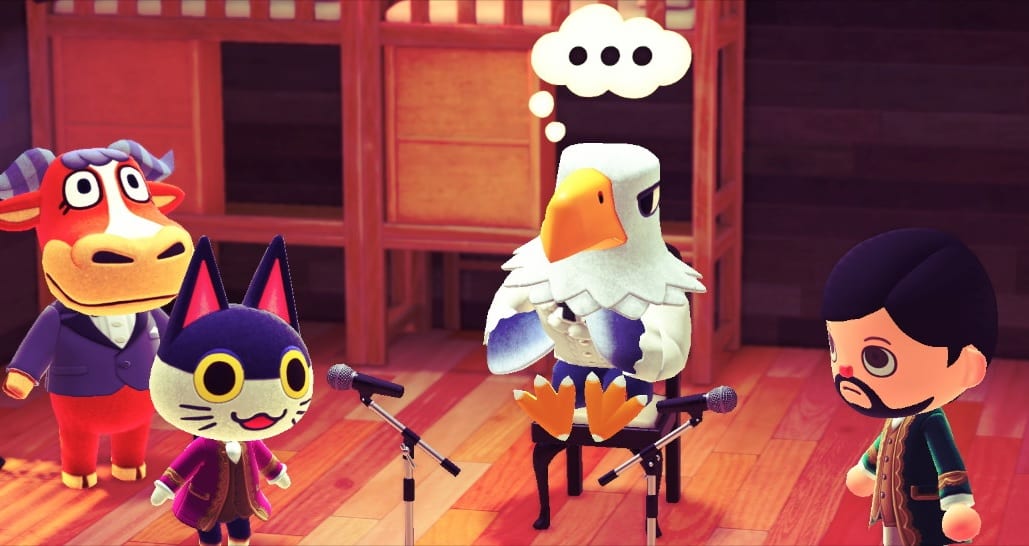 Since Animal Crossing: New Horizons released in March, talented players have expressed their creativity by recreating famous movie scenes and characters. Even Nintendo employees like to get in on the fun: one of them has reimagined every musical number from Hamilton in the game.

Rob Heiret, a localization producer for Animal Crossing: New Horizons, posted 45 impressive images on Twitter of his reimagining of the hit musical. Each image is based on a number from Hamilton, complete with characters dressed and reacting based on the scene the song is from.

If you’ve already seen Hamilton, which released on Disney+ this weekend, you’ll be sure to recognize what is happening in each of the scenes Heiret recreated.

Every character is picked and dressed perfectly to represent the feel of the musical. Heiret’s playable character is dressed as Hamilton himself, while he uses fitting animals like Grizzly for Aaron Burr, Apollo for George Washington, and Elvis the regal lion for King George III.

Heiret has been quite busy in Animal Crossing: New Horizons, because this isn’t the first movie reimagining he has made. Or the second. Or the third. He has also posted scenes from dozens of movies like Toy Story, Forrest Gump, and Star Wars on his Twitter account.

You might remember hearing Heiret’s name back in May when he shared background information behind New Horizon’s infamous sea bass pun from the side of the localization team. Spoiler: he’s sick of it, too.

You can see a few examples of Heiret’s Hamilton reimagining below, and you can view his entire thread of 45 images here on Twitter.