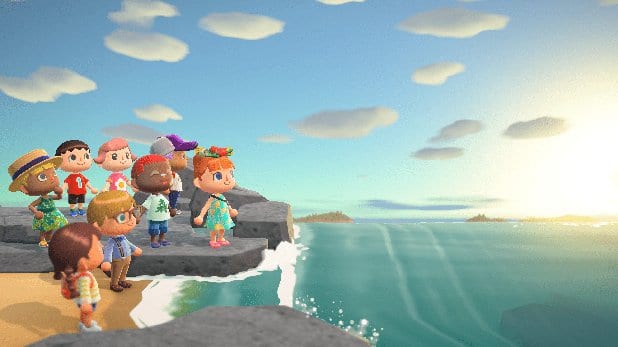 If you’ve been playing Animal Crossing: New Horizons, chances are good that you’ve caught a couple of sea bass in your hours of play. The sea bass is annoying for a few reason: they’re ugly, and they don’t sell for a lot of money.

Catching one also subjects you to an unbearable pun: “I caught a sea bass! No wait –it’s at least a C+!”

It’s a pretty awful joke that definitely wears out its welcome, and Nintendo localization team member Rob Heiret reveals on Twitter that he was actually the one who wrote the joke, and even he has gotten tired of it.

However, he also reveals a little bit more about the writing process of that joke. Originally, the joke was supposed to be along the lines of, “well, maybe a C- bass…” But with the positive and carefree nature of the game, the team decided that the C- line was a little too negative, and they didn’t want to repeatedly hammer that joke into players’ heads as they continued to catch the fish.

With that in mind, Heiret and the localization team changed it to the line we have now, with C+ invoking a stronger sense of positivity to fit the happy vibes of the rest of the game.

Heiret’s Twitter thread also goes into some of the details and little things in the game that they worked on, which players might not have noticed.