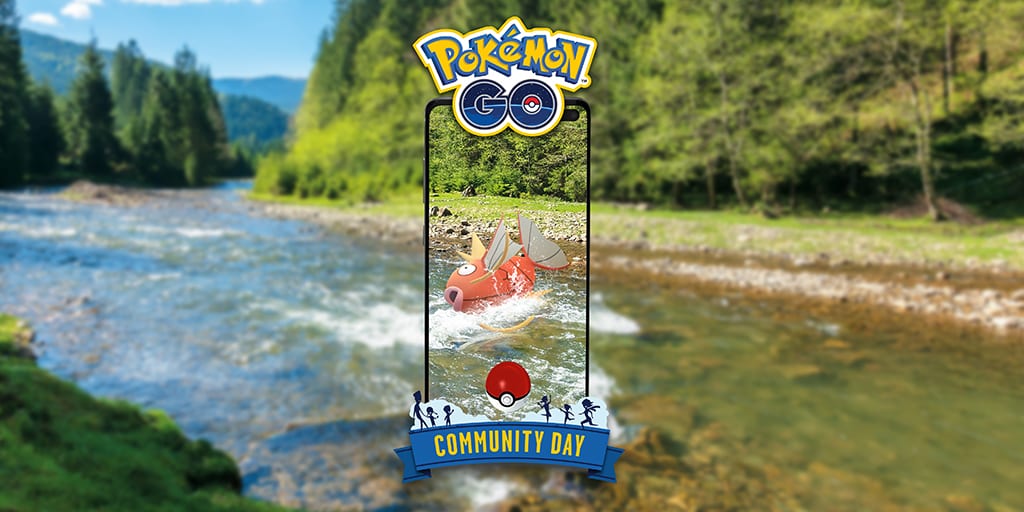 Well, that was pretty unexpected. Following the success that was Pokemon GO Fest 2020, fans of the game now have a day full of Magikarp to look forward to. This will be the first time since Community Days started that we will have three months in a row featuring Pokemon from the Kanto region.

As is customary with Community Day announcements, we don’t have a ton of information about what the event will be like. But if you’ve played during Community Day once, then there’s not much that can surprise you in terms of bonuses or features that will be going on during the event.

Since Pokemon GO is still focused on social distancing, Incense will last for a full three hours instead of the typical one (which is already boosted from the typical 30 mins). That means you’ll only need to use two Incense to cover the whole six-hour-long event.

On top of that, you’re also going to be able to get triple stardust for every Pokemon you catch during the event time on August 8. And of course, it wouldn’t be a Community Day without Magikarp’s evolved form learning a brand-new move that it couldn’t use before.

Gyarados will be able to learn Aqua Tail during Magikarp Community Day as long as you evolve into it during the event time or up to an hour after. And as Reddit user Taban54 explains, Aqua tail will essentially be useless for raids, but it’ll make Gyarados better in every league.

Still, that doesn’t mean Gyarados will shoot up the tier list. All we can do is wait and see how Aqua Tail impacts the real world performance of Gyarados in the GO Battle League following Magikarp Community Day.

If you’re looking to get a competitive Gyarados, then you may want to check out the Commuitny Day Box. This set will include 30 Ultra Balls, one Elite Charged TM, six Star Pieces, and one Incense.

Or if you just want to give yourself a little extra incentive to play, for $1 you can get access to the Magikarp Community Day Special Research. It’s unclear what the bonuses will be for the Special Research, but those updates will surely come as we approach the big day.

Last but certainly not least is also the increased spawn rate of Shiny Magikarp. This version of the Fish Pokemon has been in the game for a while, but now it will become more easily accessible to those who haven’t had fantastic luck.

For those who aren’t familiar with the Shiny version of Magikarp, it has a brilliant gold color. And the Shiny Gyarados that you get out of it will be a bright and striking red.

Magikarp Community day starts on August at 11 AM local time and runs until 5 PM for a total of six hours of Magikarp madness.