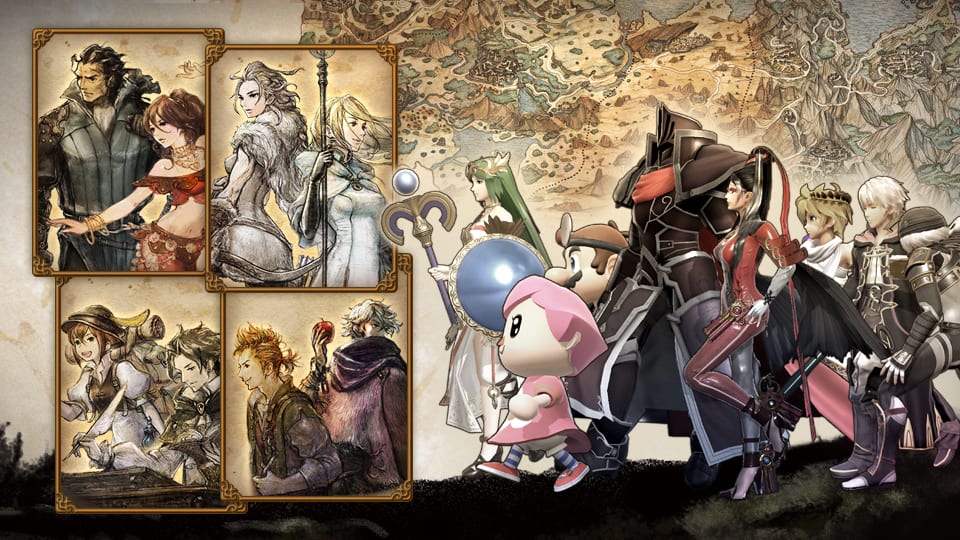 Jul. 13 marks the second anniversary of Square Enix’s turn-based RPG, Octopath Traveler. As a way to celebrate this, four new Octopath Traveler Spirits will be coming to the Super Smash Bros Ultimate Spirit Board in just a couple days.

The new Spirits will appear as an event that lasts from Jul. 10 to Jul. 15, so make sure to challenge them while you can. Defeating these Spirits will net you more SP than usual as you collect them.

Octopath Traveler is a game that focuses on the stories of eight main characters, but in Super Smash Bros Ultimate, they’ll be split up into the following pairs:

You’ll need to head over to the Spirits option in the Smash Ultimate main menu, then select Spirit Board in order to encounter these new ones from Octopath Traveler.

All that’s left is to select a tile to start a battle. Winning the battle will allow you to capture the Spirit so that you can use it as a buff, either offline or online if the match rules allow them.

If you haven’t had a chance to play Octopath Traveler yet, you can purchase it on Steam, or try the demo on Nintendo Switch before buying it on the eShop.