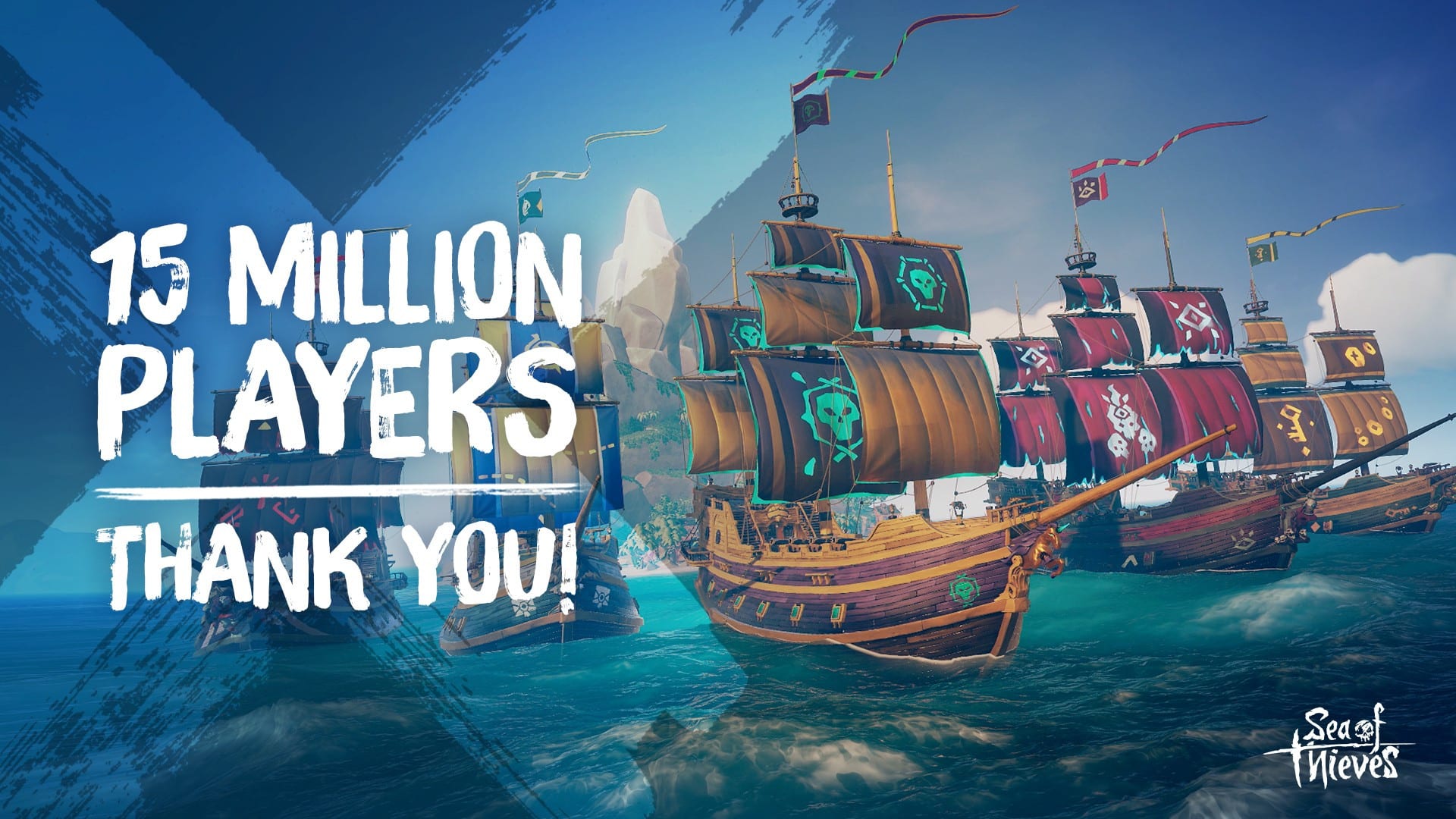 Xbox has confirmed that, since it launched in March 2018, 15 million players have played Sea of Thieves.

In a post on Xbox Wire, Joe Neate, Executive Producer at Rare wrote:

“It’s both thrilling and humbling to share with you that Sea of Thieves has been played by more than fifteen million players since our launch in March 2018.

The way that the game and its community has continued to grow has been amazing to see. It was only in January of this year when we shared that 10 million people had played the game!

On behalf of all of us at Rare, I’d like to say a big thank you to everyone who’s ever played Sea of Thieves for helping to get us this far. It’s a game that we love making, and there’s plenty more to come. See you on the seas.”

He also confirmed that June was a huge month for the game. Not only did Sea of Thieves sell more than one million copies since launching on Steam at the beginning of the month, but 3.3 million players across all platforms jumped into the sea faring action during the month.

June’s content update, Haunted Shores, introduces skeletons and ghost ships to the action, changing up how you search for bounties across the seas and islands. More updates are sure to come over the following weeks and months.

You can play Sea of Thieves now on Xbox One and PC. We could potentially hear more from the developers during the Xbox Games Showcase on Thursday.