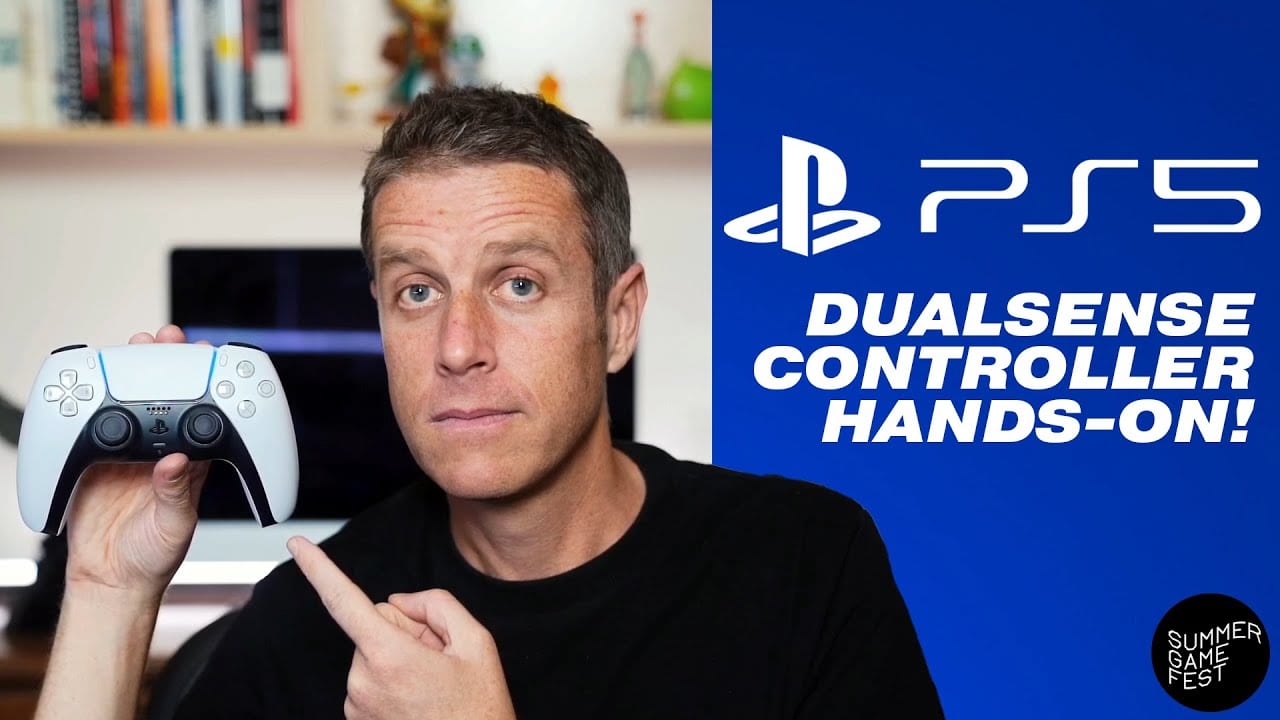 Keighley played through a level of the game, describing the sensation through the controller as he traversed areas of the map. As has been described in previous DualSense previews, the haptic technology does an impressive job of accurately recreating different textures. Ice feels slippy to run across, mud feels boggy, etc.

The triggers, too, which offer resistance as players, say, draw back a bow and arrow, was also discussed.

Honestly, though, there wasn’t a great deal of information that we didn’t already know. And obviously watching a presentation of somebody describing what they’re feeling isn’t especially compelling.

What was interesting was the size comparison between the two controllers, which Keighley later published on his Twitter page.

One other notable takeaway from the presentation came during the interview with Sony’s Eric Lampella. When asked about PS5 pre-orders, he assured Keighley that Sony would be giving customers plenty of notice before opening pre-orders.

For those interested, the full Summer Games Fest DualSense presentation is below.

In related news, a mockup of upcoming next-gen title Godfall’s box art gave us our first look at a PS5 box the other day.