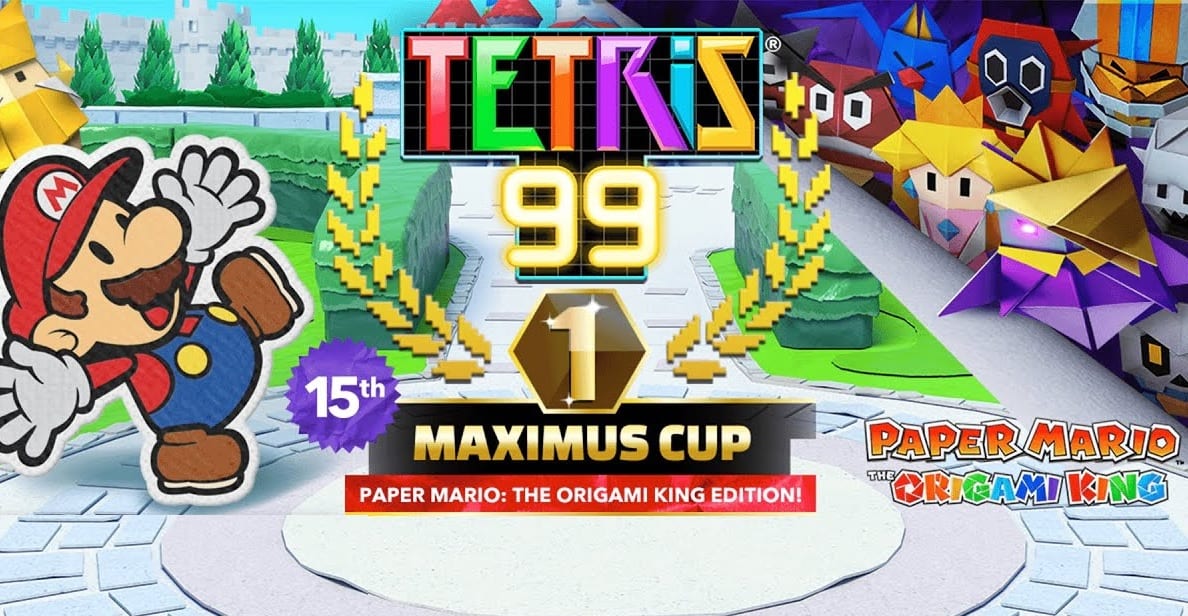 Nintendo of America has announced tonight that the 15th Tetris 99 Maximus Cup will be centered around their latest game, Paper Mario: The Origami King.

Like in all previous Maximus Cup competitions, earning 100 event points in this event will reward you with a special in-game theme that you can use while playing Tetris 99. This time, the theme is all about Paper Mario: The Origami King.

If you’ve never heard of Tetris 99, it is a take on the original game of Tetris in which players face against 98 other opponents and play until only one person remains. There are added features to make it more interesting, though, such as attacking opponents to make it harder for them.

The game Tetris 99 is exclusive to Nintendo Switch Online subscribers, so you must have an active online membership in order to download and play the game. The physical copy of the game comes with a 12-month online membership.

If you’re interested in competing to try and win the in-game theme, you can read about the rules and guidelines on Nintendo’s website.

You can view more information about the upcoming 15th Maximus Cup and see the in-game Paper Mario: The Origami King theme by watching the official trailer below.