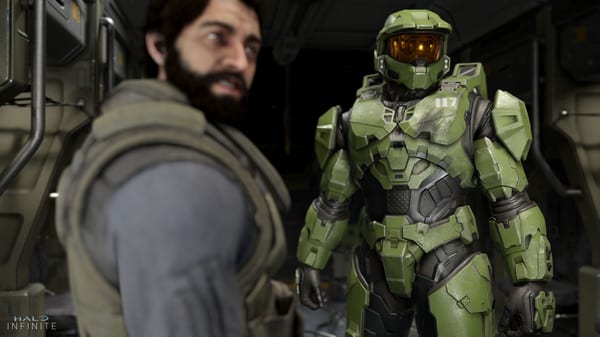 Halo Infinite is finally nearing its release, and Microsoft has unveiled two new trailers to sate fans’ thirst in the meantime.

Streamed during the July 23 Xbox Games Showcase event, the two new trailers for Halo Infinite were revealed at the start of the show. The first trailer offered some cryptic information regarding Master Chief’s past, while the second offered a detailed look at part of Infinite’s story campaign.

The first trailer is on the shorter side, and starts with footage of the creation of parts of the Chief’s armor. On a remote space station, each piece from the gauntlet to the chest pieces are meticulously designed, all so that a soldier capable of using it can save humanity.

However, as Cortana puts it in her narration of the process, it isn’t the armor that counts. It’s the person inside the armor that makes it legendary.

The second followed immediately after it, and focused on a brief segment from the game’s campaign. Following a crash-landing, Master Chief and a new ally find themselves in need of replacement parts for their ship. Unfortunately, the only way to get it is by battling their way through a small force of covenant soldiers.

As one would expect, the Chief rises to the occasion, using every weapon at his disposal to blast his way through these enemies with style. All the while, the game’s next-gen graphics are put on full display, with laser blasts and the environment detailed to an absurd degree.

It all culminates in the introduction of a new villain the Chief and his allies must take on: A powerful Brute, who challenges the Chief to a battle of legends that may see both parties dead by the end.

Each are plenty enough for fans to dig their teeth into, and can be viewed in their entirety down below.

Halo Infinite is slated for release on Xbox One, Xbox Series X and PC this holiday season. For more on the game, check out our coverage of another of its trailers.