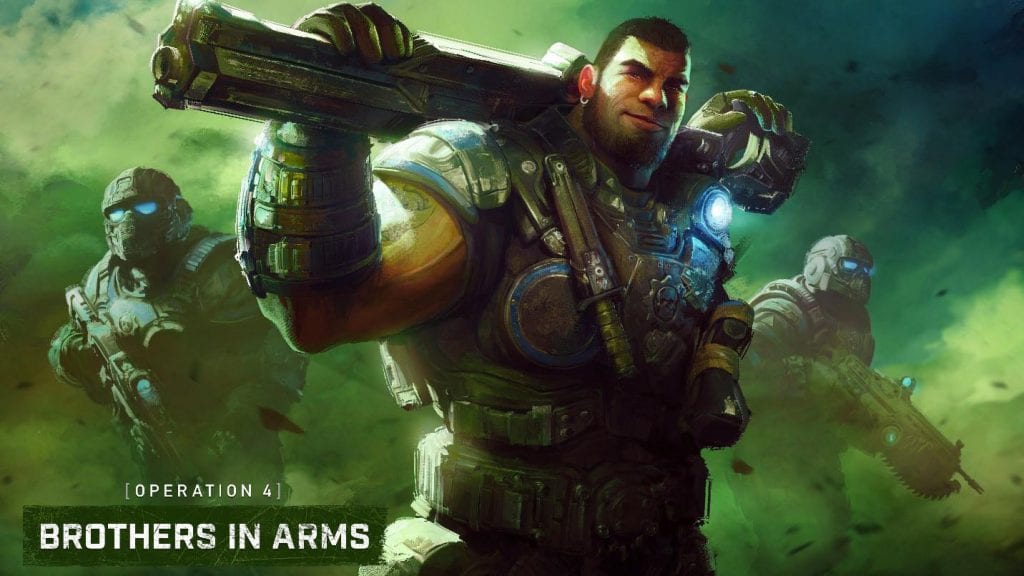 Operation 4: Brothers in Arms is the latest seasonal update for Gears 5 that is out now, and brings new content alongside a few drastic changes to the game’s systems.

As detailed last week, developer The Coalition has replaced the scrap and supply systems with a new in-game currency called Gears Coins. The new currency can be earned by playing the game and progressing through the Tour of Duty. It can be used to buy cosmetic items in the store or upgrade skill cards for Horde and Escape modes.

The ranked system has been overhauled to better understand how to rank up, after the old system would regularly penalize players with negative points and rank demotion even after winning matches.

Ranked players now earn Gears Points for winning and doing well within matches. The system offers six different levels from Bronze to Master, three tiers in each, and will cost Gears Points to enter each match with higher ranks requiring more points.

Gears 5 Operation 4: Brothers in Arms is now available for PC and Xbox One, and the full patch notes for all the changes can be found here.