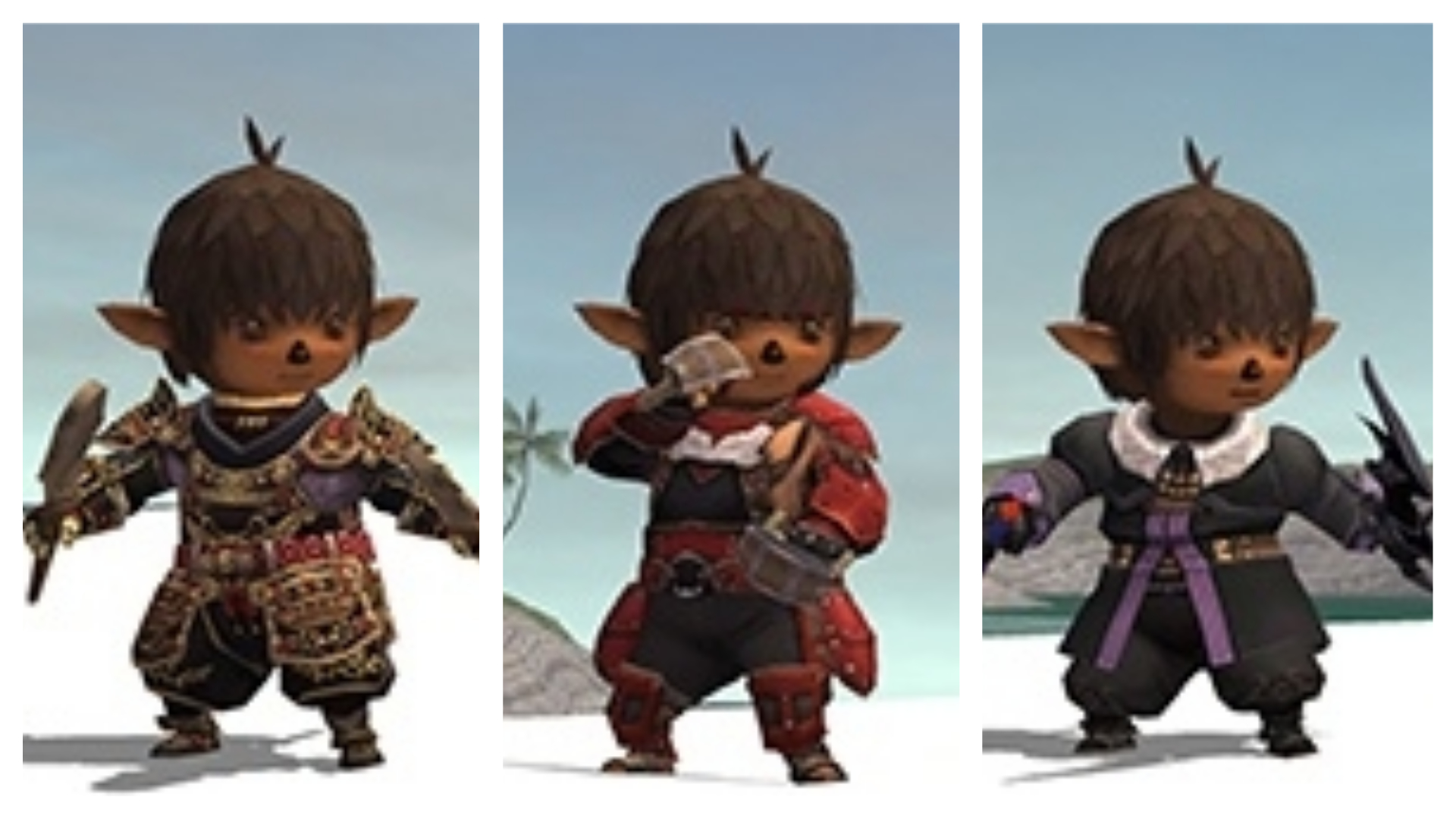 The designs were submitted by players since May and now three have been selected by the development team. Each features a very unique concept, design, and overall combination of jobs and skills to make these Alter Egos stand out from the usual Trust NPCs that the devs have added to Final Fantasy XI so far.

Here are the three concepts that are up for vote:

Fists of Magic: A Monk/Red Mage that uses en-spells on itself and pummels enemies with enchanted fists.

Elusive Caster: A Ninja/Black Mage that creates skill chains and then bursts with elemental Ninjutsu and Black Magic.

While they are all fun, unique ideas, I’m going to go with Elusive Caster just because I like the idea of having a powerful frontline caster Trust. There’s not a ton of them that are worth using right now. I’d be happy with all three though.

There’s a lot of finer details about each entry, including some dev comments, that you can read about here.

If you’d like to cast a vote, you can do so by following this link. You’ll need to log in with your Square Enix Account to proceed.