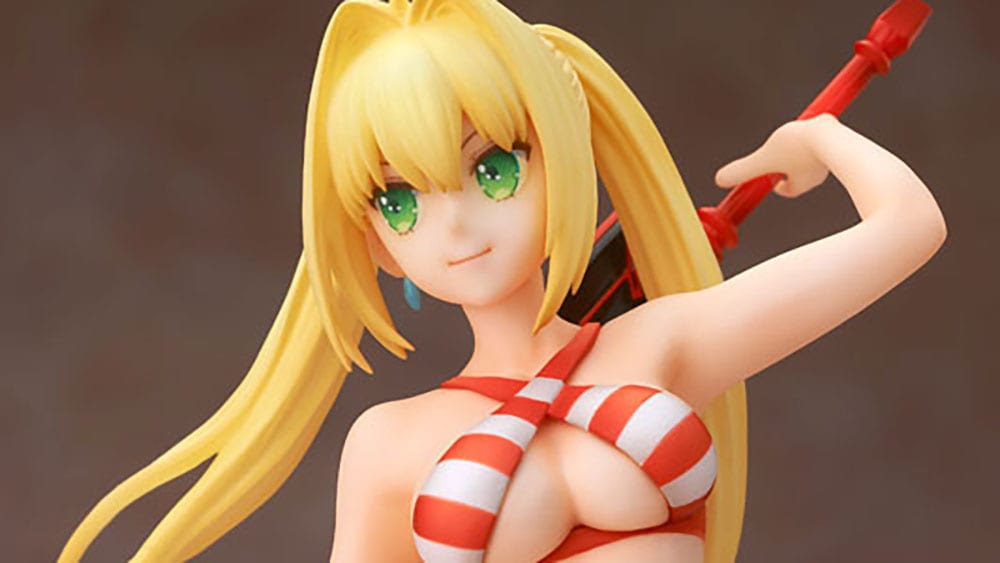 With the popularity of Fate/Grand Order, it shouldn’t be surprising that there are figures portraying its characters fitting pretty much every wallet size.

A new one portraying Nero Claudius in her bikini has been made available for pre-order by Our Treasure.

You can find it on Ami Ami priced at 4,930 yen, which translates approximately into $46.

The price will likely reveal that there is a catch, as this is an assembly figure kit. It requires assembly and possibly painting before you display in on your shelf.

That being said, this kind of kit is a lot simpler to put together (and cheaper) than the more high-end resin model kits.

Nero’s head and sword are painted and pre-assembled, while the rest is a multicolor mold kit.

The scale is a relatively small 1/8, measuring 14 cm in height even due to the kneeling position.

The prototype was sculpted by Hiroki Hayashi and painted by Sakura.

Speaking of the Fate series, a remake of Fate/Extra (which also heavily features Nero Claudius) for modern platforms has recently been announced by Type-Moon.