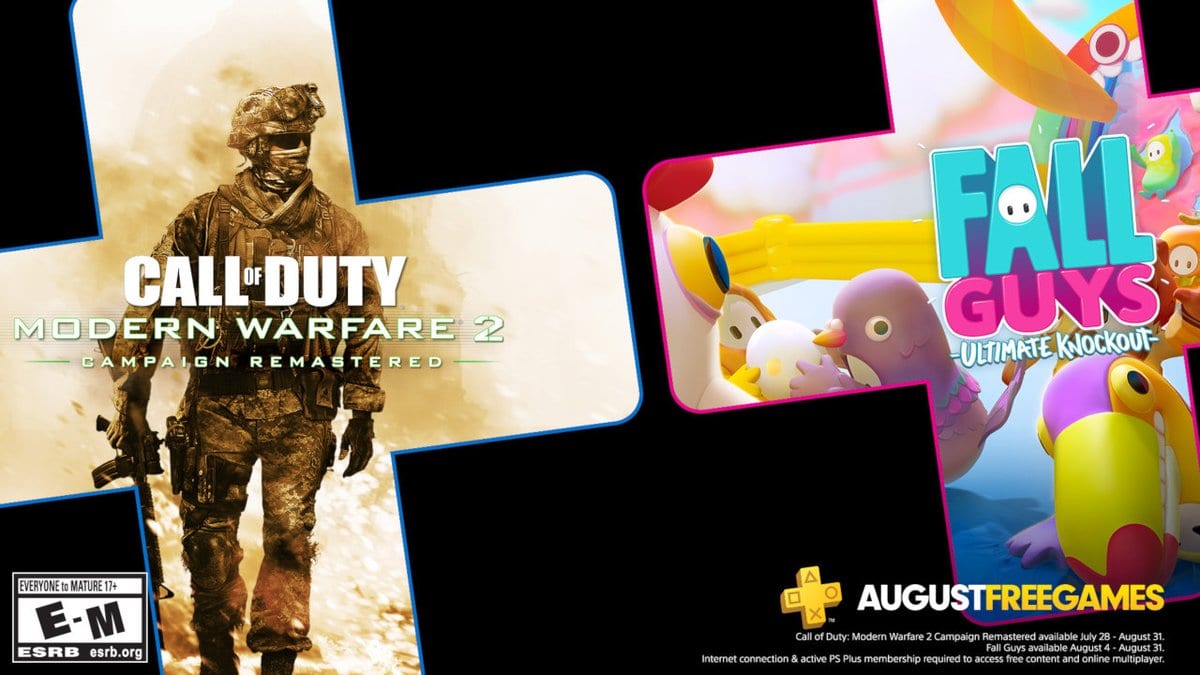 PlayStation has confirmed that Fall Guys: Ultimate Knockout and Call of Duty: Modern Warfare 2 Campaign Remastered are the free games for PS Plus subscribers in August.

Modern Warfare 2 Remastered released as a timed exclusive on PS4 earlier in the year but will now come to the subscription service as leaks for this year’s new Call of Duty title begin to ramp up.

The remastered version of the classic shooter only includes the campaign though. There is no multiplayer component, so don’t be disappointing when you find out that it’s not included.

The second game, Fall Guys, is available for free to PS Plus subscribers from the day it launches. The slapstick multiplayer game should be the perfect PlayStation Plus title as it’ll fill the lobbies with new players eager to jump into the action that’s inspired by classic game shows like Takeshi’s Castle.

It’s also worth nothing that claiming the free version of Modern Warfare 2 Remastered will not get you access to the Ghost UTD Bundle in Modern Warfare 2019 and Warzone. You’ll have to buy the paid version to unlock the skins that are included in the pack.

The reveal of the new games also means you only have a few days left to claim July’s free PS Plus games, which were NBA2K20, Rise of the Tomb Raider: 20 Year Celebration, and Erica.