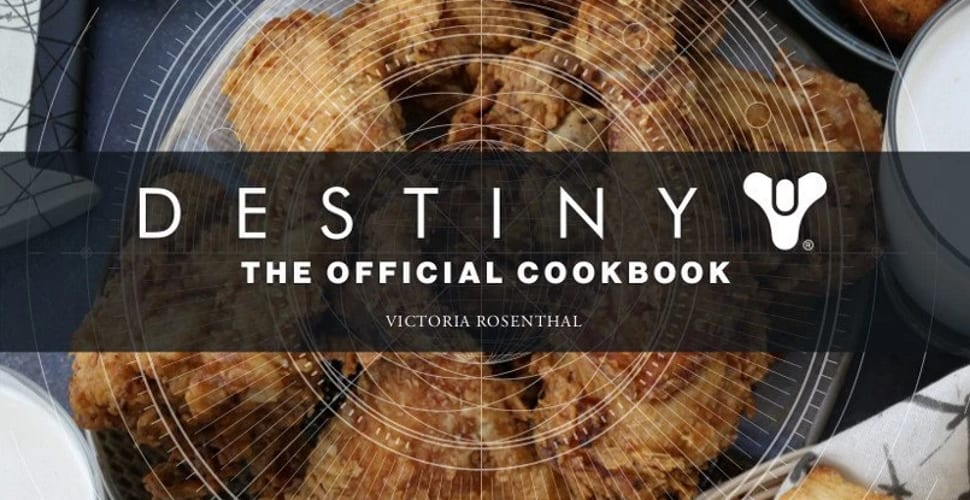 Destiny: The Official Cookbook features recipes inspired by the characters and locations based on the six-year-old franchise. It is officially licensed by Bungie and published by Insight Editions, who have done cookbooks for other video games such as Overwatch, The Elder Scrolls, Fallout, and World of Warcraft.

“Eva Levante has traveled around the world after the events of the Red War, gathering a variety of recipes after crossing paths with many Guardians along the way and learning from their adventures,” the cookbook’s description reads. “Craft, mouthwatering food from her diverse list of recipes inspired by the game’s unique world, plus step-by-step instructions and full-color photos, help guide and inspire fans to go on their own culinary adventure through the solar system.”

The cookbook includes recipes such as the Gjallardoodles cookies, Wavesplitter and Reveler’s Tonic alcoholic drinks, spicy ramen, and coleslaw.

The hardcover cookbook is available now at Amazon, Barnes & Noble, and the European Bungie Store for about $35.

Destiny 2 is currently in its 11th season of content, the Season of Arrivals, and recently delayed its upcoming expansion Beyond Light from its original September date to Nov. 10.