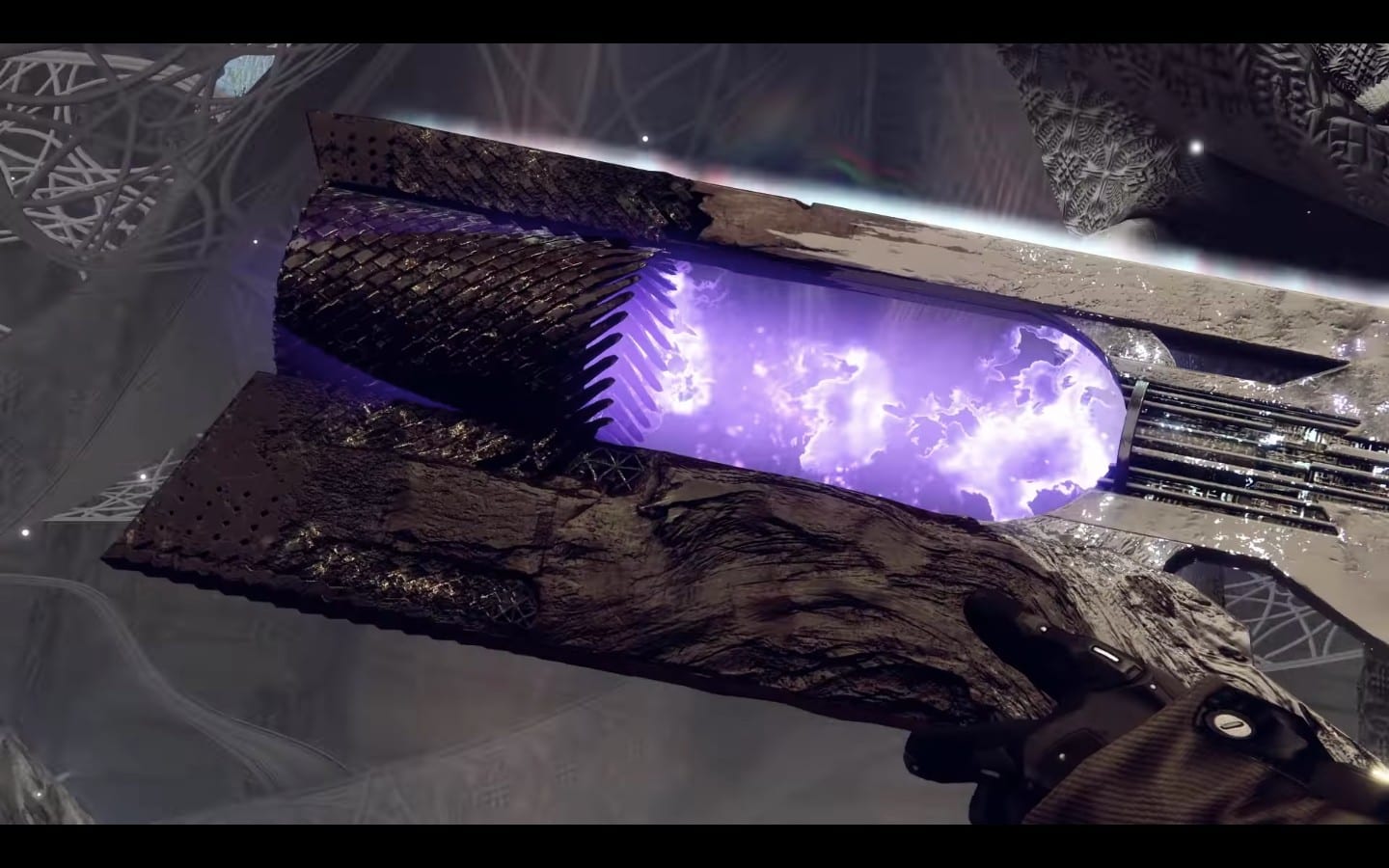 How to Get Ruinous Effigy Exotic Trace Rifle in Destiny 2

You can start the exotic quest for the Ruinous Effigy by going to the Umbral Decoder by the Drifter in the Tower’s Annex. Grab Means to an End (as usual) but also the Decoder will now also have the quest Growth.

Kind of anticlimactically, your first step is going to be to do the same weekly Interference quest that you’ve been doing for the last month or so (if you’ve been playing Destiny 2).

Nothing too difficult here though, just complete all the steps for Means to an End for the week that you’re completing it and then run and finish Interference. Easy.

The next step will task you with finding 25 Calcified Lights scattered throughout the four planets that are being removed this fall: Io, Titan, Mercury and Mars.

To best track them down, you’ll need to whip your Ghost out and any fragments that are within a reasonable distance of you will appear as a marker while the Ghost is out.

You’ll then want to head in that direction and look for a crystal-like object to interact with. You can always pull your ghost out again to get another look of the object you’re heading to.

Do a loop around the planet, double checking your ghost in each area to make sure you didn’t miss any, and you’ll find all 25.

The next part of this step for Ruinous Effigy will then ask you to kill of Savathun’s Marionettes. These are new Taken enemies that spawn in Io and Titan.

Titan, because of how much smaller it is, is the easier spot to find and kill Savathun’s Marionettes and that’s where we recommend going to get these kills.

For example, while the Contact event is happening on Siren’s Watch, you should be able to find Savathun’s Marionettes wandering around in The Rig. Your call if you want to just kill the freebie during heroic Contact, or go hunting.

Finally for this last “real” quest step for Ruinous Effigy, you’re just going to simply have to do a bit of grinding. Complete the following tasks:

Bringing the Recluse into something like Tier 2 or 3 Reckoning would be an obvious play here. If you don’t have Recluse, or it’s a bit frustrating to you to get the precision multikills, something like Age-Old Bond or any other void Auto Rifle should do the trick quite nicely on the hordes of enemies that are going to come at you in Reckoning.

After you’ve done all of the above, go on back to the Umbral Decoder and create your Ruinous Effigy! Congrats!

The Ruinous Effigy is a void energy Trace Rifle that features the exotic perk: Transmutation. When you defeat an enemy using this weapon, Transmutation turns them into a spherical weapon that you can pick up and use, similar in a way to the relic from Vault of Glass if any Destiny 1 veterans remember that.

Anyone on your team, including yourself of course, can pick up these spheres and attack with it using light or heavy attacks, and guard as well. You can get a taste of it in action in the video above.

That’s all you need to know for how to get the Ruinous Effigy exotic trace rifle in Season of Arrivals.

Make sure to complete it before this season is over and Beyond Light kicks off this fall.