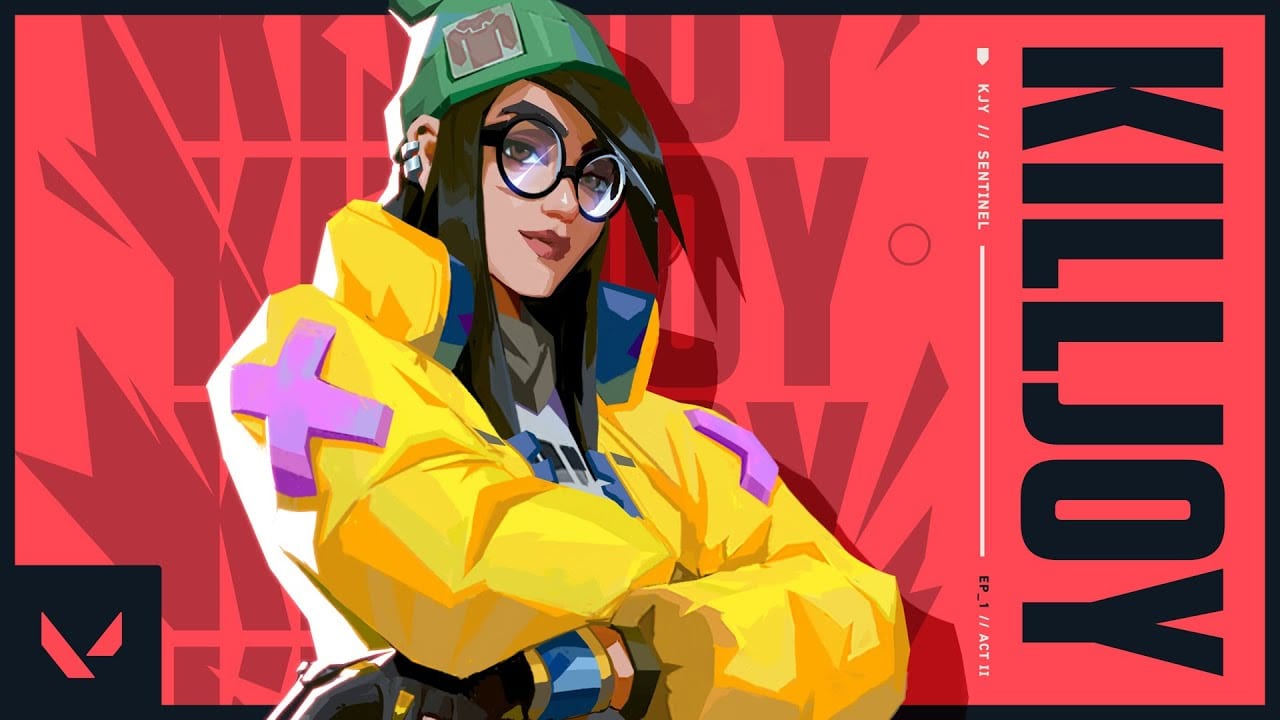 Riot Games officially unveiled the first new addition to Valorant’s Agent roster this week. Seemingly inspired by Overwatch heroes like Torbjörn, Killjoy is a control type Agent whose unique abilities include the placement of autonomous turrets and traps. Today, the developer provided a full overview of those abilities.

Killjoy fits into Valorant lore as the genius German engineer who innovated many of the technologies used by other Agents in the game. That includes Brimstone’s wearable arm-band, and many of her in-game quips are directed at the beret-wearing artilleryman.

Here’s the official overview of each ability with an accompanying video demonstration:

“Equip and deploy a bot that hunts down enemies who dare to get in range. When my killer robot friend reaches its target…boom! Enemies who get hit are temporarily vulnerable to double damage from all sources. Hah, so fun.

Hold equip if you want to recall your deployed bot”

“Sometimes it’s good to plant some roots. Deploy a turret that fires at enemies within its 180 degree cone. Hold equip to recall the deployed turret.

With my turret, I can hold an area pretty well myself while the others cover the angles I can’t.”

“OK check this out. Throw the grenade. When it lands, it goes quiet. Then, activate the Nanoswarm to deploy a damaging swarm of nanobots and catch the enemy crying.

I love this trick!”

“You’ll have to adjust your timing for the windup, but once you get this device going, it detains all enemies caught in its radius for about 8 seconds. Yeah, enemies can destroy it—except I built plenty more.”