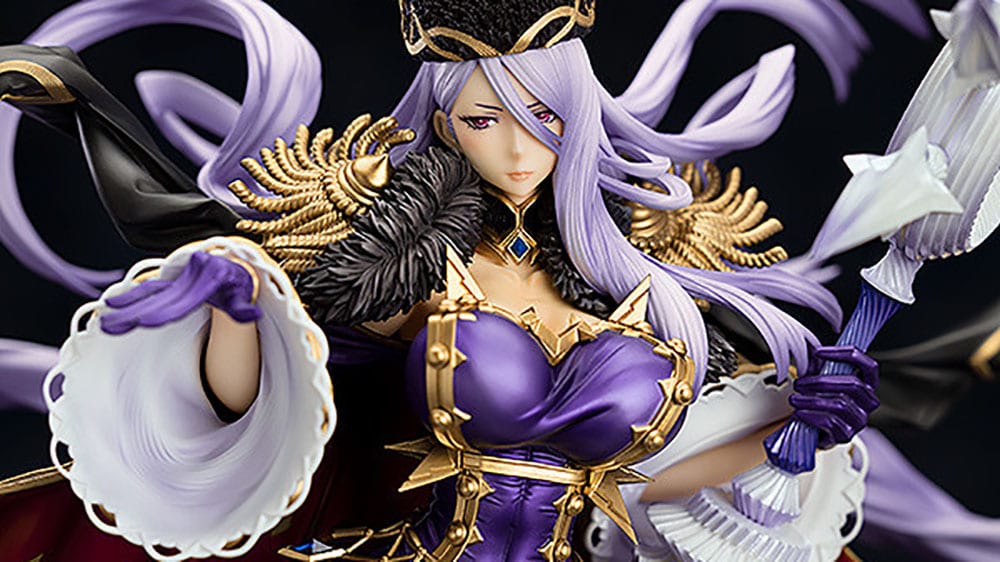 She can be found on Ami Ami, but she certainly isn’t cheap, priced at 38,800 yen, which translates approximately into $358.

The price is certainly not a surprise considering the quality and the sizable 1/6 scale, which means that she’s 360 mm tall.

You’ll have plenty of time to save up, because the estimated release window is December 2021. That’s a full year and a half away.

She is sculpted by Shining Wizard @ Sawachika from Max Factory and the prototype is painted by Nakano Figure Kyoushitsu from Fukui.

“The legendary Winter Witch is now a 1/6th scale figure!

From the PlayStation4 game “Valkyria Chronicles 4″ comes a 1/6th scale figure of Crymaria Levin. Character designer Raita Honjou’s illustration of Crymaria has been brought to life in extraordinary detail. The Winter Witch’s dignified, impressive appearance has been carefully preserved in figure form.

The decorations and details adorning her outfit have been faithfully recreated with the use of special paintwork to bring out the textural differences of every detail. The figure stands over 30cm in height. Be sure to add her to your collection!”

The Valkyria Chronicles series is well-known for the many figures dedicated to its original antagonist Selvaria Bles. While Crymaria may not be as wildly popular, this figure is as gorgeous as you would expect, especially given the fact that she comes straight from Raita Honjou’s beautiful art. You can see a full gallery below.

Valkyria Chronicles 4 is currently available for PS4, Switch, Xbox One, and PC.