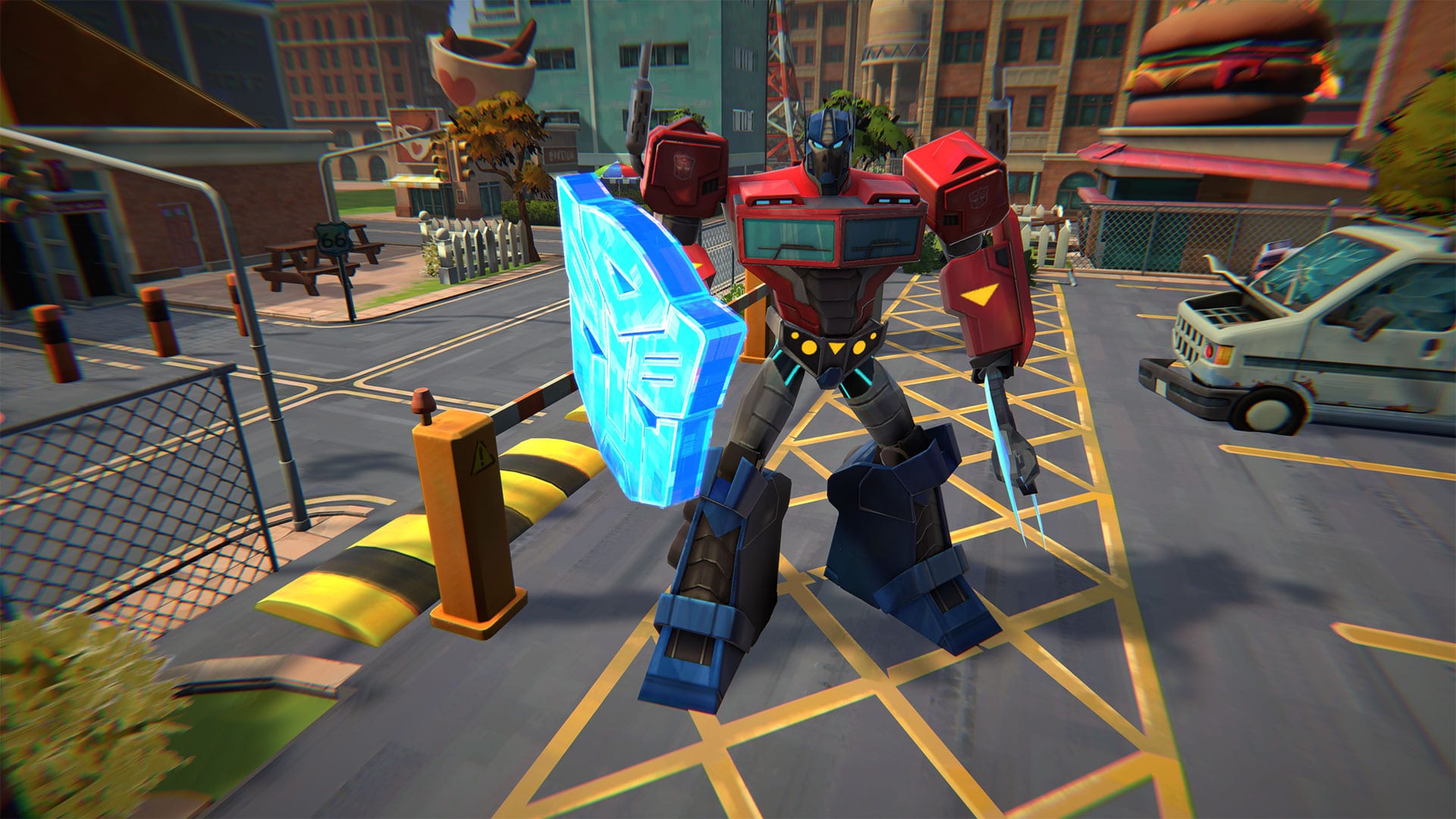 Today Outright Games announced Transformers Battlegrounds, a new Transformers games aimed at “kids and fans of all ages” according to the press release.

Developed by UK-based studio Coatsink,Transformers Battlegrounds is a tactical game supporting both single-player and co-op.

It’ll release on October 23 for PS4, Xbox One, PC, and Nintendo Switch.

Below you can check out a teaser trailer and the first batch of screenshots.

“As evil MEGATRON closes in on the Allspark, BUMBLEBEE and the Autobots need a new commander to help save Earth –you! Assemble your squad and roll out for a battle that will rage from Central City to Cybertron… and even to the local multiplayer arcade!”

It’s an honour to work with this beloved universe and these iconic characters to create a new and exciting TRANSFORMERS console game that families can enjoy together.”

We also get a statement from Hasbro’s SVP Corporate Strategy and Business Affairs Mark Blecher.

“TRANSFORMERS: BATTLEGROUNDS is a new and authentic take on what a TRANSFORMERS video game can be.

It’s exciting for us to bring the epic story of the battle between the Autobots and Decepticons to life for a new generation of fans on console.”