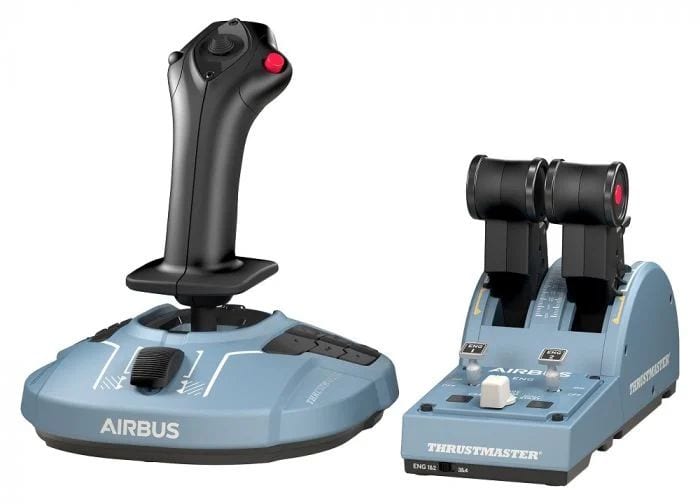 If you’re planning to get Microsoft Flight Simulator and you want a more immersive experience, Thrustmaster just announced a rather impressive set of controls.

The sidestick releases on June 25, the quadrant on September 24, and the Officer Pack comes at the same time as the quadrant.

If you’re not familiar with the “sidestick” term, it’s basically a Joystick intended to be on your left or right, as it is on the cockpit of an Airbus airliner cockpit, on the left for the captain and on the right for the first officer.

The sidestick includes 12 remappable buttons and throttle/rudder axis. The throttle axis as a built-in thrust reverser.

The quadrant includes 16 buttons and controls, dual thrust levers with reversers, and you can even link two together if you want to splurge when simulating a four-engine aircraft.

For maximum realism, at a later date, the company will release a Quadrant add-on replicating controls for air brake, flaps, autobrake, and parking brake. Price and release date for this accessory will be revealed later this year.

Incidentally, if you really want the full setup, you’d also need to purchase a set of rudder pedals, which Thrustmaster already sells separately for $99.99.

Below you can find a trailer, a few images, and an official list of features.