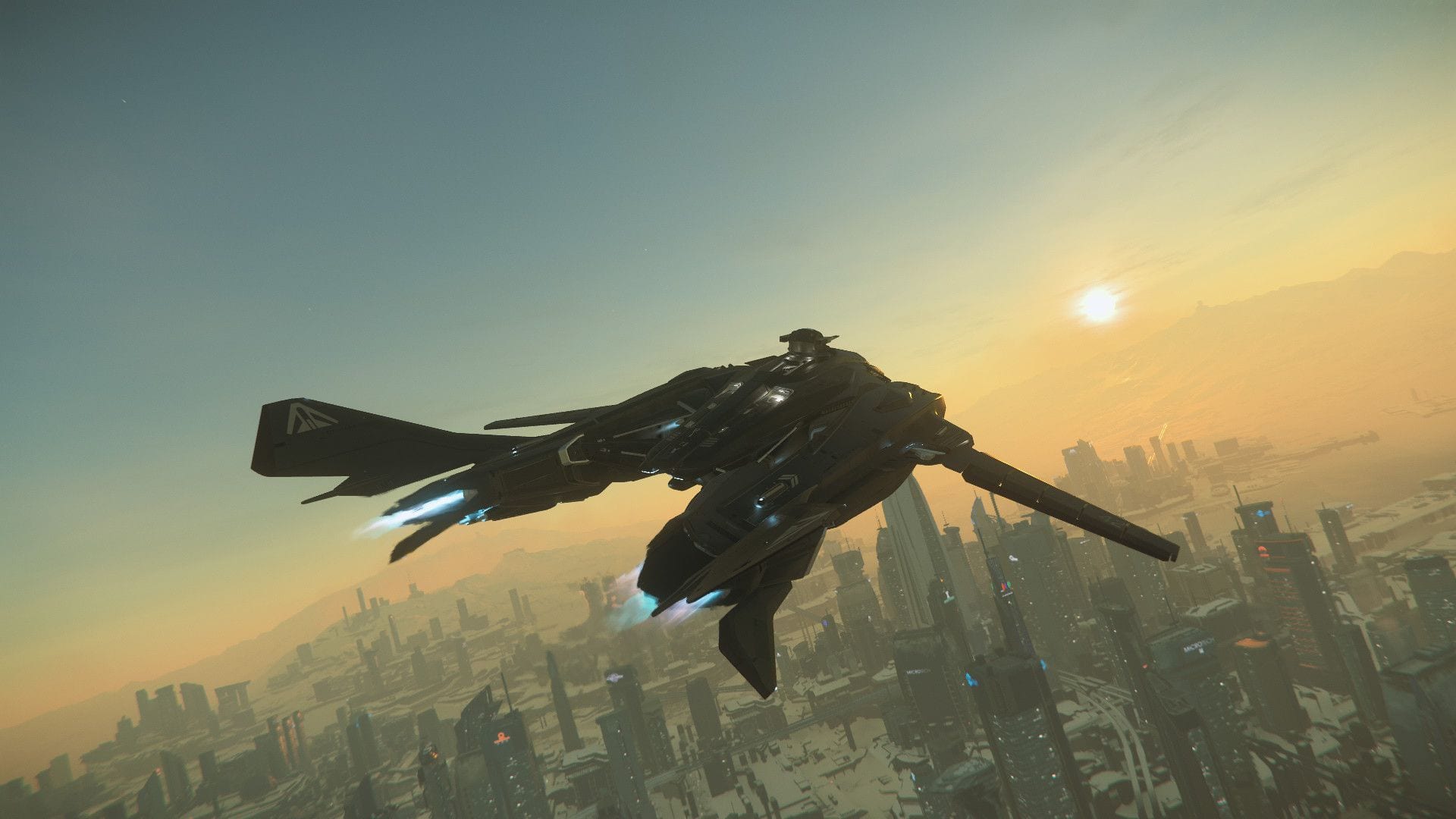 In the current build, finding your assigned landing pad or hangar at a spaceport may require a bit of searching, but this should be a thing of the past (at least in Lorville and Area 18) in 3.10 with new landing splines guiding you all the way to your destination.

We also get to see some impressive visual effects including new atmospheric re-rentry particles that will be visible even from the surface of a planet, and new water for the game’s many planetary oceans.

A little less impressive visually (for now) but certainly interesting mechanically, is a very early look at possible effects for fire propagation.

In other Star Citizen news the crowdfunding total  has passed $297 million.

To be more precise, it’s almost at $292 million and it’s sitting on $297,292,273 at the moment of this writing, meaning that it made nearly 5 million since the latest report last Friday.