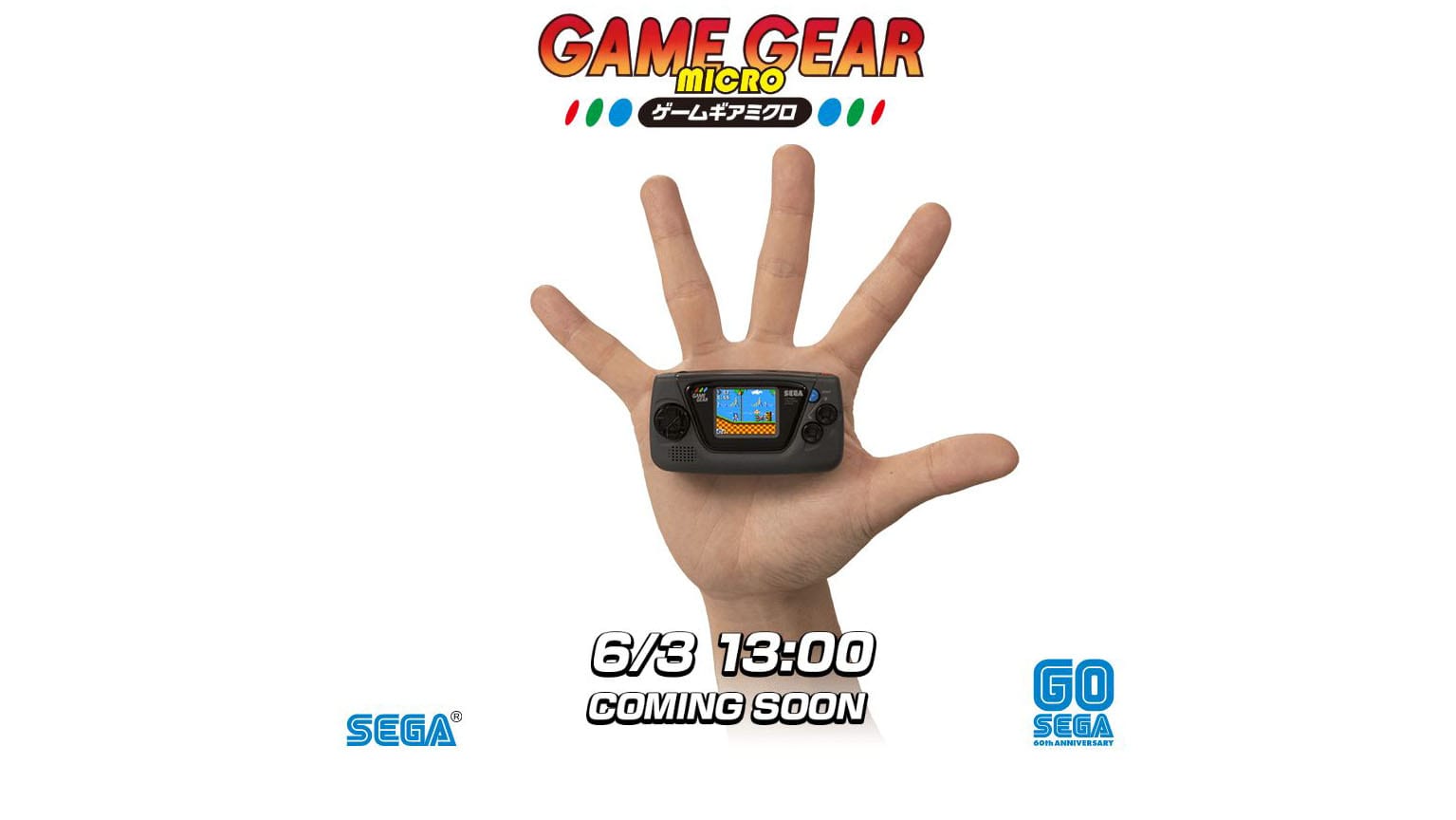 Today Sega opened a teaser site for a new hardware that isn’t that new. It isn’t the Dreamcast 2, but the “Game Gear Micro.”

This comes in the wake of wild rumors spread last week about something new related to Sega, which saw people come up with a range of rather ambitious theories.

This time around, it’s the Game Gear Micro, a miniaturized version of the Game Gear, the portable console released in 1997 in Japan and in 2000 in the west.

If the image above portrays the real size, it’s certainly rather small.

Price and release window have not been announced yet, but the full reveal is scheduled to come at 1:00 PM Japan Time today, which is just in a few hours.

It’s not a new Dreamcast, but for fans of Sega’s history who weren’t wishing for the stars, this is likely welcome news.

Of course, we’ll post all the relevant information as soon as Sega reveals them later today.

The date of the announcement is not random, as today marks the 60th anniversary of the foundation of the company all the way back to June 3, 1960.