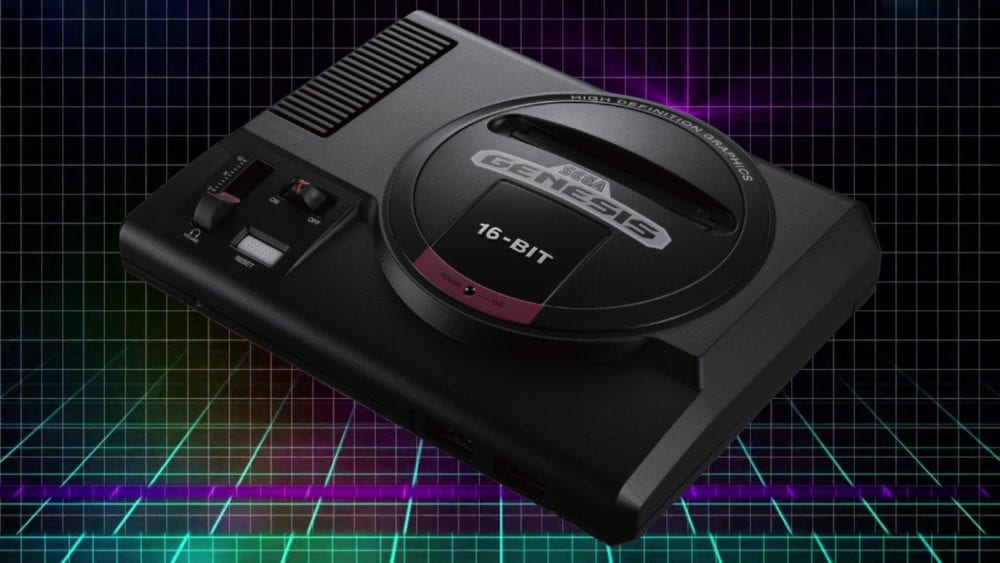 Nintendo, as they’ve done many times before, started a huge trend when they released their NES Classic. The mini system flew off of store shelves, and even I remember waiting outside of a Best Buy two hours before they opened to try and get one. Other publishers took note of Nintendo’s success, and since then we’ve seen countless other “classic” consoles get announced, from the PlayStation Classic to the Commodore 64 Mini.

What we haven’t seen, however, is a classic console that can rival the quality and sheer value of Nintendo’s, perhaps, until now that is. Back in the 16-bit era Nintendo and Sega were in the heat of a console war, with each constantly trying to one-up the other. Some fantastic games came out of this competition, on both sides, and now the Genesis side of things gets its time in the sun, with the Sega Genesis Mini.

The Genesis Mini is easily the most impressive classic console I’ve seen since Nintendo’s efforts, both in terms of the game offering and how the hardware actually works. The Sega Genesis Mini comes with 40 games in total, plus two bonus titles of Tetris and Darius, classics in their own right.

Obviously this is quite a bit more than most classic consoles; literally double the games features in the PlayStation Classic. This allowed Sega to have a more diverse lineup, but it’s not just a matter of quantity over quality, as the selection of titles for the Genesis is great.

The Sega Genesis released before my time, as I was born in 1991, and even when I started playing video games I focused on Nintendo, because that’s what my family had. This is likely the story for many players, and the Genesis Mini presents an opportunity to catch up on a missed piece of gaming history.

Obviously, I’ve played many of the titles on the console over the years, but the Genesis Mini has an offering for all types of players.

There’s honestly something for everyone, and a good mix of well-known titles and more obscure ones. Now that brings us to how the system actually functions, and it’s clear that Sega put some effort in on that regard.

Booting the system up, you’re greeted by a main menu with all of the titles displayed in a grid. Interestingly there’s brand new music for the menu composed by the legendary Yuzo Koshiro. The presentation here definitely matches the whole aesthetic of the Genesis, and by pressing B you can even view the titles in a side-view “shelf” kind of mode.

Clicking on each title gives you a brief description to give some idea of what kind of game it is and what it’s about, before pressing A to launch the game. All of the loading is super snappy, with just a few seconds to get into each game. On top of that everything runs super well, with not visual hitches whatsoever, at least in my experience.

The best feature of the system, however, is how easy it is to get out of each game and into a new one. At any time you can hold down the start button to bring up the system menu. Every game has five separate save slots you can use to instantly save your progress if you need to stop.

From this menu, you can select return to main menu, and within 5-10 seconds you’re instantly back. It’s all incredibly snappy, and it makes the overall experience so much better, letting you jump between games however you want.

If you’re familiar with the recently released Sega Genesis Classics collection, then you have a pretty good idea of how things are organized for the Genesis Mini as well.

I’ve spent roughly ten hours playing half the games on the Genesis Mini, and so far I’ve been having a blast with it. The hardware makes it super easy to experience these classics, whether you’re playing them for the first time or the umpteenth.

Obviously, you’ll need to at least have a passing interest in these classic games, but in a recent trend of mediocre classic consoles, I’m glad to see Sega put real effort into their own.