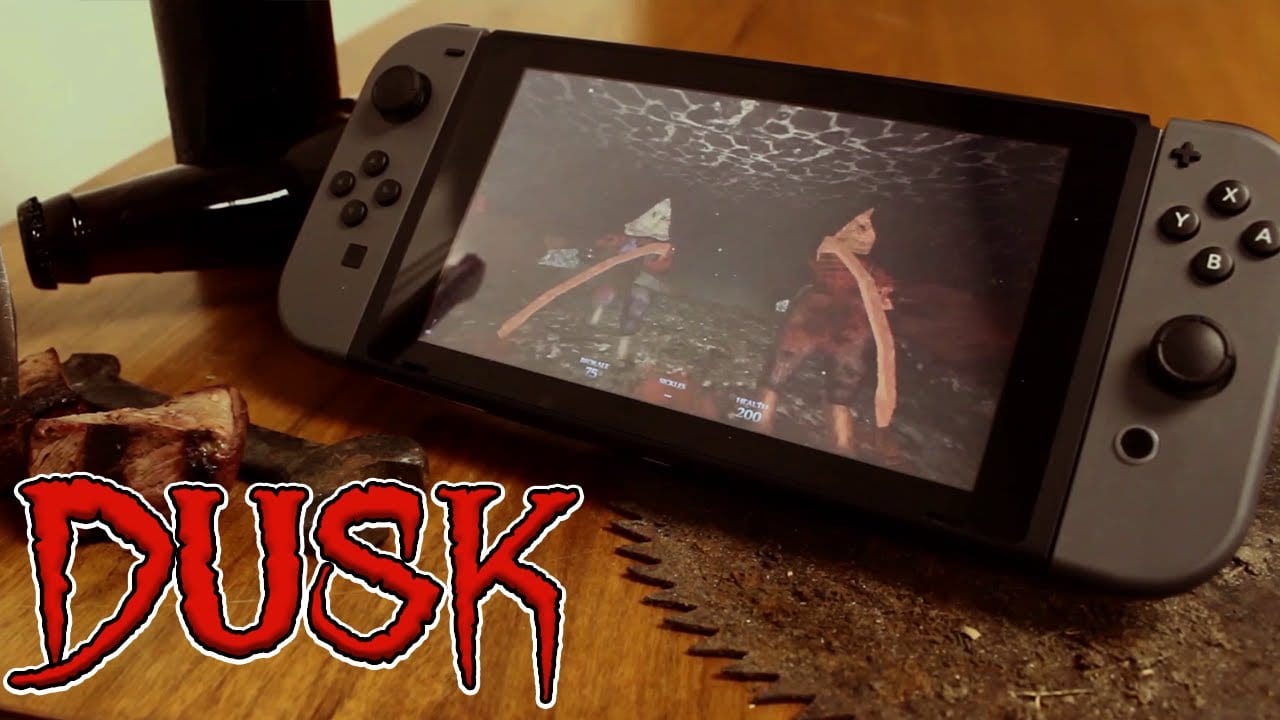 Released back in 2018 Dusk took the retro FPS genre by storm. Currently, only available on Steam Dusk’s release date has just been announced for the Nintendo Switch.

Dusk will come to the Nintendo Switch on Halloween, which makes total sense for a game inspired by demon cultists and spooky monsters. If you’re looking to battle retro style on the go be prepared for the Switch release.

This comes hot on the heels of New Blood’s new game announcement Ultrakill, which blends together both old-styled Doom gameplay mashed together with the stylish kill bonuses of Devil May Cry.

We only got a very small off screen glance at Dusk running on the Switch in the teaser, but there’s plenty of gameplay from Pax East floating around.

You can watch the brief teaser below.

You can check out the trailer for New Blood’s new game Ultrakill below, which was shown off at the Guerrilla Collective showcase.

In other news related to the Guerrilla Collective showcase, Dwarf Fortress, a construction simulator/roguelike, was announced as headed to Steam with new and overhauled graphics.