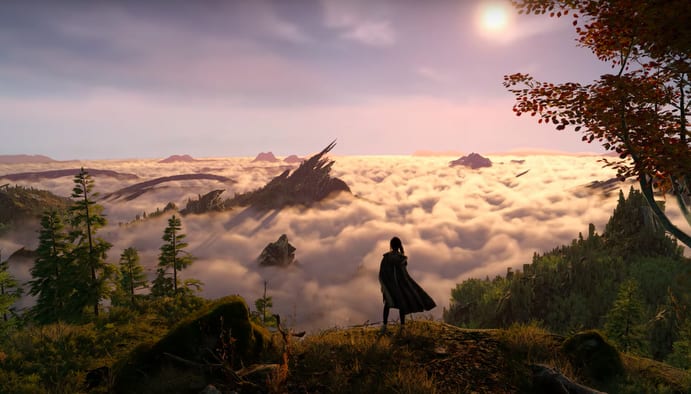 Square Enix’s new studio, Luminous Productions, has been hard at work on the new IP – currently titled Project Athia – and prospective PlayStation 5 players got their first look at it via a teaser trailer.

Streamed as part of the official PlayStation 5 reveal event held on June 11, the teaser is a brief but revealing look at what the game will have to offer. Amidst a world filled with wonderous vistas and terrifying creatures, a woman finds herself left to survive through her own powers.

Fortunately, her powers appear to be capable of a great deal. She can leap from great heights, summon roots from the ground to ensnare giant enemies and more.

Where she’s going and what she’s looking for is still unclear, but it’s all rendered in impressive graphics with a realistic art style.

It all culminates in a look at a dragon, giant in comparison to the wreckage around it. With a flap of its wings, it clears away clouds of dust around it to reveal its full visage; including the fact that its chest is engulfed in fire.

Following the trailer’s release, it was also revealed via Twitter that Gary Whitta, acclaimed screenwriter and author, helmed the writing team behind the game.

“Really proud to reveal that I led a crack team of A-list writers from the worlds of film, tv, games, and fantasy literature who helped create this immense new universe for SquareEnix,” Whitta wrote. “Can’t wait for you to see and learn more. Stay tuned.”

It’s something enticing for fans of Square Enix and fantasy games to be sure, and more info is bound to come out in the coming months or years. Those interested can keep up to date through the official page for the game on Square Enix’s website.

In the meantime though, the full teaser trailer can be viewed down below.

Project Athia is currently slated for release on the PlayStation 5 and PC , though an exact release window hasn’t yet been revealed. For more on all of the news coming out of the PlayStation 5 reveal event, check out the trailers and footage for Gran Turismo 7 and Spider-Man: Miles Morales.