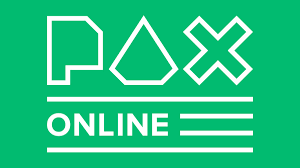 Just as has been the case for virtually every physical video game convention in 2020 so far, Pax West has been canceled as a result of COVID-19. In its place comes Pax Online, a digital showcase running from Sept. 12-20, set to deliver a “steady 24/7 stream of content, events, discussions, and gameplay.”

The news comes by way of an announcement published over on the show’s official website, which reads in part:

“In our previous post, we explained that while we still had hoped to bring you PAX West this year, protecting the safety and health of our community is our highest priority. The more we worked on a solution, the more it became clear that if we really wanted to welcome everybody home, we’d have to remove the physical barriers entirely, and simply take PAX Online.

Going digital means a lot more than just a change in venue though, and by transcending the physical, in fact, we’re able to do more PAX than ever before!

PAX Online is the result of the convention-organizing supergroup made up of the people responsible for PAX West, PAX Australia, as well as our new friends at EGX to create our new PAX Online and deliver a steady 24/7 stream of content, events, discussions, and gameplay.

Oh, and did we say 24/7 We actually meant 24/9, because we’re going to be running this virtual shindig for nine straight days, from September 12th through the 20th.”

Additionally, the post explains that panel content, esports, merchandise, and interactive events will all still take place across the show’s nine days. You can sign-up for Pax Online’s newsletter to keep yourself informed.