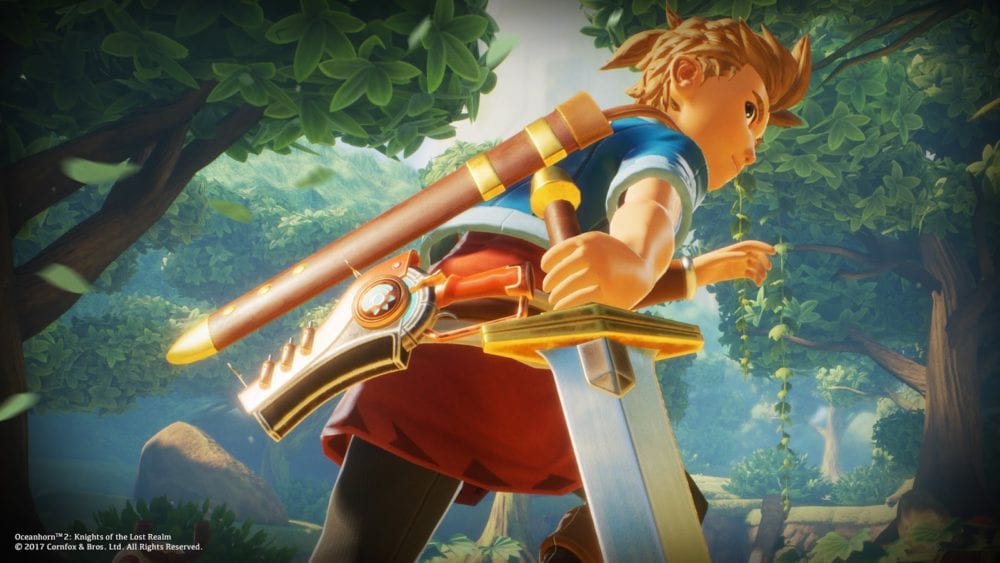 Oceanhorn 2 is being re-released in an all-new Gold Edition, developer Cornfox & Brothers announced today. The Zelda-like RPG, developed for as an iOS exclusive has been available to download on Apple Arcade since September last year, but the newly revealed Gold Edition is set to introduce all-new story content in addition enhanced graphics, improved level design, and sharper gameplay.

“We’re streamlining and enhancing the play experience dramatically with this update in addition to expanding with new content,” said Heikki Repo, Creative Director of Cornfox & Brothers in a press release sent to Twinfinite.

The story expansions come in two separate chapters: The Shield of Chronos, which adds a new quest, a new dungeon as well as a shield that deflects projectiles, and The Criminal Hunt, bearing a series of mini side quests tasking players to chase down bandits such as Sir Stingalot and Baron Slimethorn.

The base game’s ending has also been reworked, which is apparently a much-requested feature by Oceanhorn 2’s community It now features never-before-seen scenes, intertwining both Oceanhorn chapters.

Oceanhorn 2 serves as a prequel to Monster of the Uncharted Seas, which launched on PC and consoles from 2013 onward. It follows the adventures of a young Knight who sets out on a magical journey across vast regions of Gaia to defend the lands and people of Arcadia from Warlock Mesmeroth’s Dark Army.

Twinfinite spoke to Cornfox & Bros in the build-up to Oceanhorn 2’s launch last year about the game’s development.