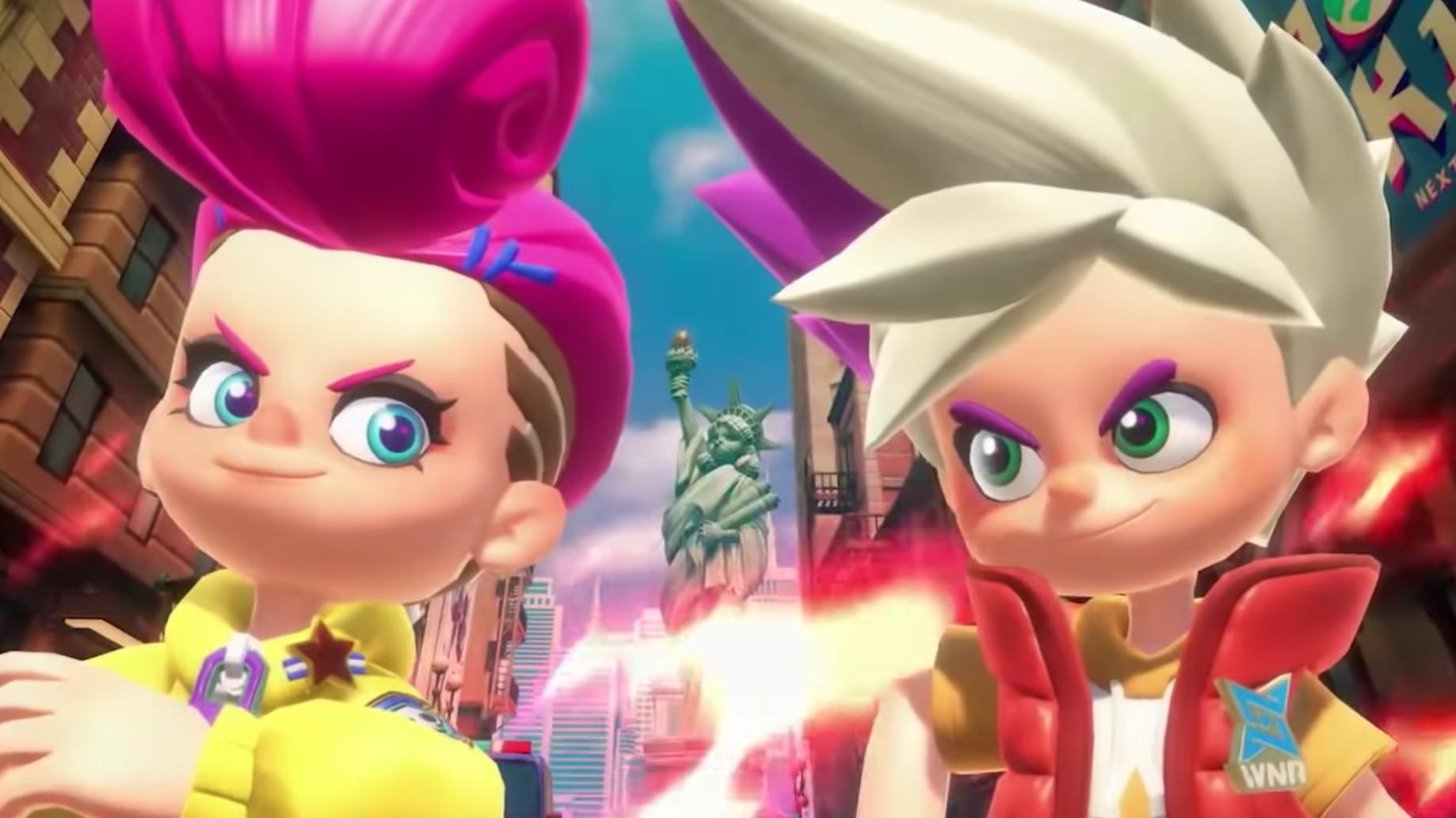 GungHo Online Entertainment have released its launch trailer for the upcoming free-to-play Switch title, Ninjala. The online multiplayer game is set to launch on June 24 and will be free for anyone who owns a Switch, even if you are not subscribed to Nintendo’s online service.

You can watch the launch trailer down below, which parodies the popular Broadway musical, ‘West Side Story,’ by having two teams of fighters approaching each other while also snapping their fingers, ensuing in a dance battle.

There were multiple open beta playtests for Ninjala over these last few months and I had the opportunity to jump in and play a few matches and I walked away feeling impressed by just how enjoyable and wacky the free for all “battle royale” matches are.

There are multiple weapons to choose from and skills to unlock for each one, giving players a variety of choices. You can go hard and heavy with a hammer or you can play it fast with a sword-like weapon.

Here’s the official description of the game from its Switch eShop listing:

Take part in Battle Royale-style matches of up to 8 players and vie for supremacy with ninja around the world. The player who earns the most points over the course of the match will be declared the winner. Score points by defeating your opponents, obtaining items, destroying drones positioned across the stage, and more. Earn extra points by taking down your opponents with an IPPON—impressive finishing techniques.

You can check out Ninjala for free on the Switch eShop on June 24.